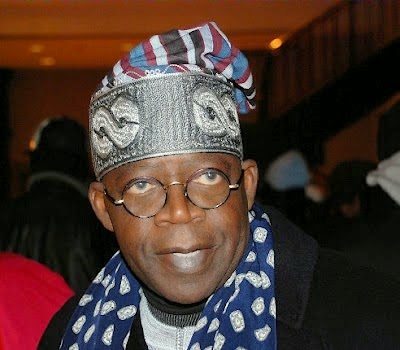 The Federal High Court in Lagos today granted an interim
injunction restraining the Chief of Army Staff, his privies, agents and
servants from arresting, detaining, harassing or intimidating Bola Ahmed Tinubu
pending the determination of the motion on notice.


Bola Tinubu had approached the court on March 25th through
his lawyer, Femi Falana seeking the enforcement of his fundamental human
rights.


In the restraining order granted by Presiding Judge, J.T.
Tsoho, the interim injunction also barred the Chief of Army Staff or his
privies, agents and servants from further laying siege on the home of Bola
Tinubu situated at number 26, Bourdillon Street, Ikoyi. Furthermore, the
military or its agents are restrained from preventing him from participating in
the 2015 general elections.

READ ALSO
Davido vs Wizkid's album,which are you anticipating most?

The determination of the motion on notice in the matter
between Asiwaju Bola Tinubu and the Chief of Army Staff was moved to March
31st. In the past 2 weeks, news of the planned arrest of Tinubu had circulated
in the media. Despite denials by the government, no one believes them.

#BBNaija: Maria’s management bags a 300k$ deal for her amidst the Kelvin-Cubana saga

Johnson Olumide - April 1, 2018 0
Nigerian contemporary singer, Olawale Ashimi, aka Brymo, broke the internet earlier in the week when he released a video for his song, Heya . In...

5 Smoothies Recipes that will help you burn fat!

Johnson Olumide - March 21, 2020 0
With the discernible increment in light of a legitimate concern for ladies to stay in shape and remain wonderful, there are some imperative procedures...

Violette - July 26, 2020 0
It's was a memorable moment for housemates of the Big Brother Naija 'Lockdown' show yesterday night as they finally had their first party. It's now...

Johnson Olumide - May 12, 2020 0
The 'Anaconda' rapper says that media are remixing her words and offers one hundred thousand dollars to anyone who can find the comment. Nicki Minaj couldn't...