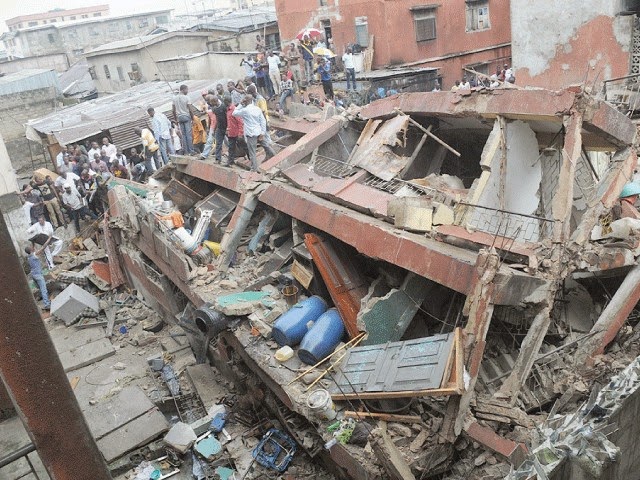 Reports reaching us today has it that, a Building located at Dolphin Estate in Lagos Metropolis. as collapse following an explosion inside the building.

Daily Post Nigeria reports that At least four persons have been injured while many others are being
trapped as a building within Dolphin Estate, Ikoyi collapsed Saturday
morning.
ALSO READ:Timi Dakolo Parties With Snoop Dogg At His Private Album Listening Party In Atlanta

The building according to the National Emergency Management Agency (NEMA) is located at HFB way Dolphin Estate, Ikoyi.
NEMA spokesman, Ibrahim Farinloye said the incident occurred following an explosion from the building.

Violette - July 2, 2019 0
Emanuella Samuel is a young comedienne from Nigeria who has featured in tons of videos on YouTube. She mainly features in Mark Angel Comedy videos. Emanuella first...

Johnson Olumide - May 21, 2019 0
Google has blocked Huawei, the world's second biggest smartphone maker, from some updates to the Android operating system. New designs of Huawei smartphones are set to...

Johnson Olumide - July 15, 2019 0
The Blunt Spoken Nollywood Actress has a lot to celebrate for as she turned a Year older Today. She took to her social Media pages...

Woodstruck 50 likely to be a FREE concert

Violette - July 28, 2019 0
After back-to-back setbacks about the festival, there is only one chance to make it survive - MAKE IT A FREE CONCERT! It has been...