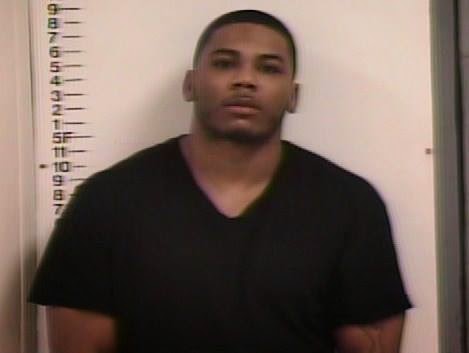 The “Hot In Herre” hitmaker was arrested on his way to St. Louis with his crew. Meth & Pot was Found On Tour Bus.


Nelly was scheduled to perform with with TLC and NKOTB on his tour.
the Tennessee law enforcement office that apprehended the rapper had this to say:

At approximately 9:20 a.m. on Saturday, Trooper Michael Loftis
stopped a Prevost motor coach bus on Interstate 40 near the 275 mile
marker for failure to display a U.S. Department of Transportation (DOT)
and International Fuel Tax Association (IFTA) sticker on the vehicle.
The investigating trooper planned to conduct an inspection on the bus
when he noticed an odor of marijuana emitting from the vehicle.

…The troopers discovered in the sleeper
area a plastic bag that contained five colored crystal-type rocks that
tested positive for methamphetamine, as well as a small amount of
marijuana and other drug paraphernalia…”

The arrest is similar to news reports two years ago that indicated the rapper had been arrested after cops discovered heroin and marijuana on his tour bus.