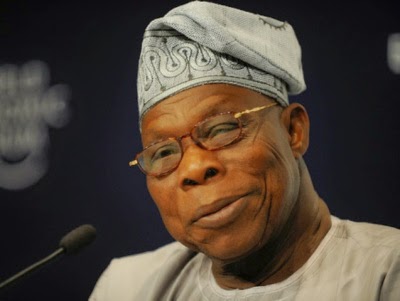 The Former President of the Federal Republic of Nigeria, Gen Olusegun Obasanjo was at the Washington Dc, United States of America during the week to attend United States Institute of Peace.

In one of his speech he said African
leaders were happy over the defeat of President Goodluck Jonathan in the
2015 presidential election.

According to him, his checks in a number of African countries
suggested they were happy over the result of the election. He referred
to President Goodluck Jonathan as a moving train who was providentially
stopped from collapsing Nigeria.

“I have visited six countries since the
election, they are as happy about the results as we are in Nigeria. It
is good not only for Nigeria, it is good for Africa and I believe it is
good for the world.”

Premium Times reports that the former president described Nigeria as a
country that obsessively plays “a dangerous game of moving close to the
precipice”. He said the country came close to disintegration in the
run-up to the 2015 elections but switched swiftly to the path of
redemption after the polls.

“I hope we will not fall over one of these days,” he said.

He said one month to the election, no one believed “we will have a peaceful election that is reasonably free and fair.”