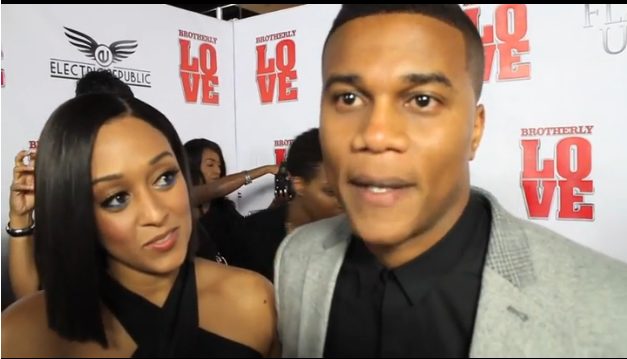 There has been a lot of media buzz surrounding Keke Palmer comments on interviews and her sexy red carpet photos with married co-actor Cory Hardrict in the movie Brotherly love, after it Premiered last week.

if you would observe closely the Keke Palmer we knew in the movie Akeela and the Bee, has over the years drastically changed. copying the likes of rihanna Good girl Gone bad.
that’s exactly what keke Palmer has turned into. 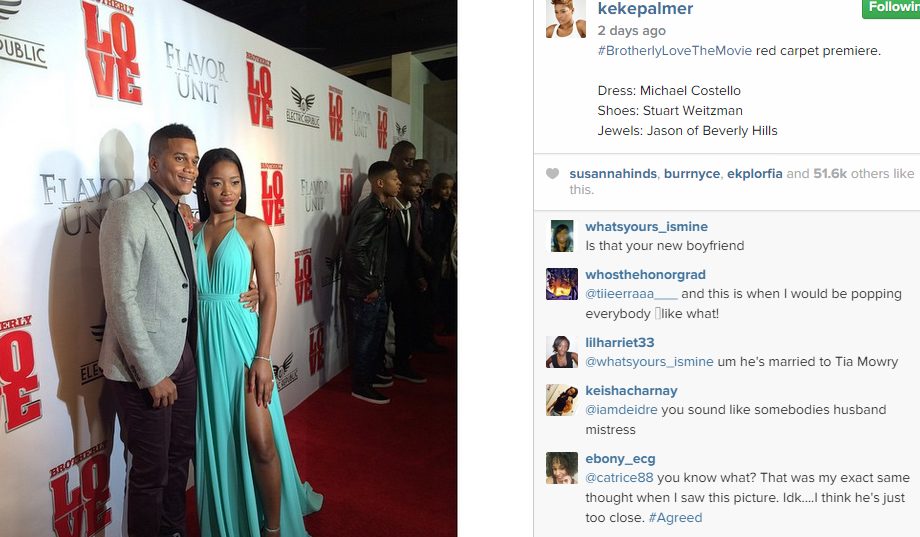 some times last year it was all over the media, as pics of her piecing her nipples appeared online and some other raunchy pics proving that good girl as finally gone bad.

She has again gotten into another media war with the wife of his co actor,Tia Mowry over comments she made about her husband during various interviews.
during press tours for the movie Keke said :
”that she
liked Cory a lot, that he’s a good friend and a great actor”.
rumors  has it that the two became quite close while filming the movie
about a year ago. 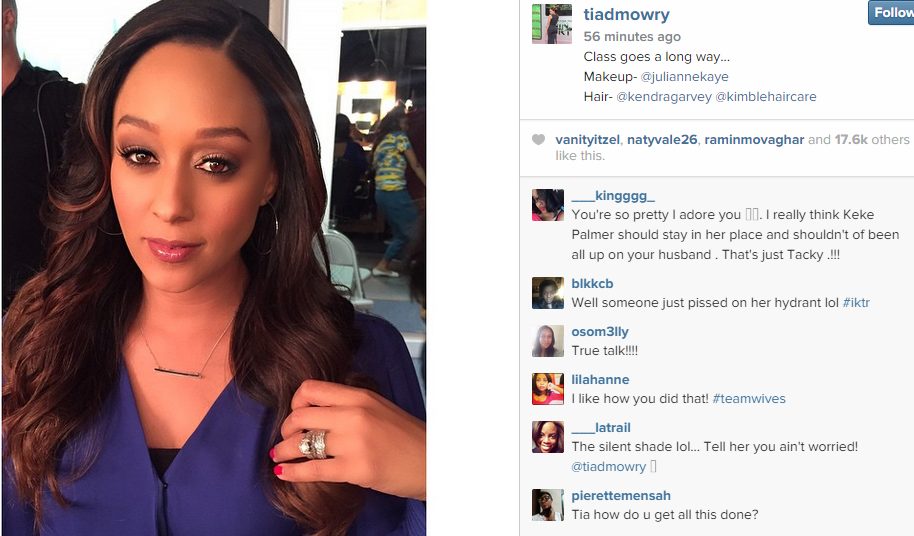 Keke Palmer and Cory
Hardrict, were shown all hugged up at the movie premiere which took place this past week.
Tia didn’t
say anything about the hugging photo but went on Twitter with a call-out
tweet which she quickly deleted, “Saying you like married men in interviews in not cute… Just saying“.

A picture on Instagram shows off her rings with the tag, “Class goes a long way.” The two women’s respective fans have joined in the online beef on their social media pages.
read some twitter comments below… 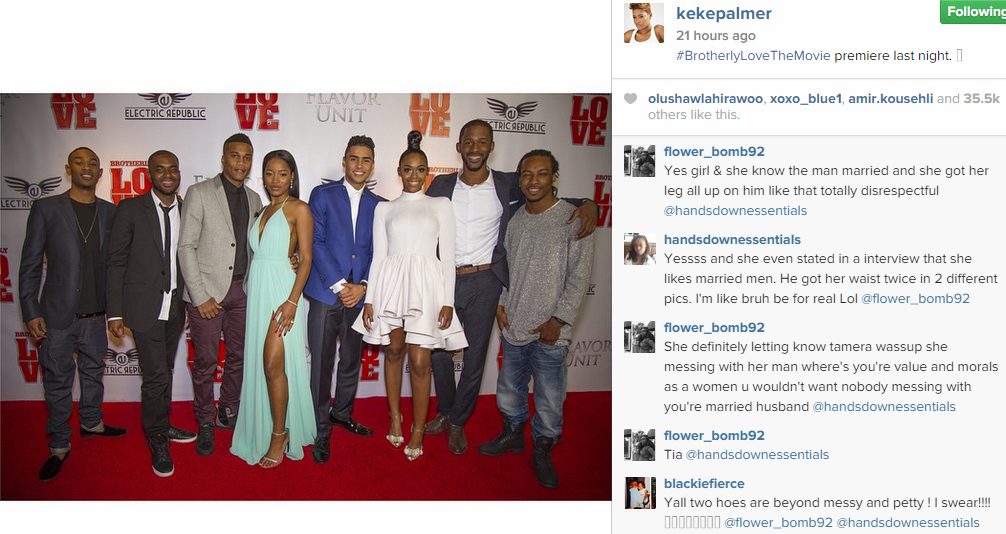 catrice88 – @coryhardrict your hand should NEVER be around another woman like that. … YOU ARE MARRIED @tiadmowry

bributta3 – @tiadmowry you better tell her and your husband to take several seats.

princess_d1ana – I did a quick scan. I don’t remember seeing tia hugged
up like this with any of her cast mates. Maybe on set while acting but
definitely not just taking pics…this is too comfy

amb_iamm – @jarrettscottpage A little too close for comfort, don’t you think?

dreamincolor__ Lol yall being messy in the comments

ms_quibaby – Keke.too comfortable with somebody else Husband, hope she don’t loose her sweet girl swag.lol….

creolesense – I don’t think keke bc tia was at the premiere supporting
her husband. I’m sure she might have addressed it right then lowkey.
Maybe it was a groupie or something that tia knows that has been going
on behind closed doors with another woman.

fkniggazz – Yall are always in somebody else’s business. Who to are u to
tell these grown ass ppl that don’t know you what they should and
shouldn’t do, they have a career worry about starting yours

whatsyours_ismine – Is that your new boyfriend

ebony_ecg – @catrice88 you know what? That was my exact same thought
when I saw this picture. Idk….I think he’s just too close. #Agreed

iamdeidre – Naw boo I don’t play second to none but you tried though I’ll give you that. Come harder

ogbasedgoddess – @trilllness it’s not her fault she poses like hat with everyone tf!!!!

toyaaxoxo – There’s nothing going on emoji

lil.destini – She way to close on him

keymanizmommy2012 – Everyone on them about his arm being around her.
Last I remember, nobody came at Nate Parker from Beyond the Lights when
he had HIS married arm around Gugu! Idk their situation. But I don’t
think an arm around a waist consist as too much for a married man. His
wife was there. She would’ve said something. As much as she’s doing now.
To whoever it is she’s referring to. Chill out.