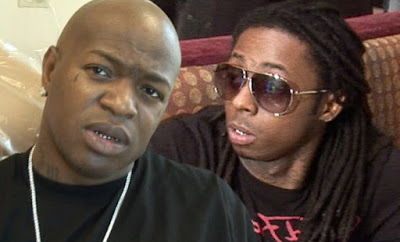 The CEO of Cash money records, Birdman has come out to refute claims he and his artist young thug were behind the shooting of Lil Wayne of Young Money Records. according to TMZ  reports;


Birdman is finally breaking his silence on the Lil Wayne shooting, and despite police docs tying him and Young Thug to the suspect – he’s denying any involvement in a murder-for-hire plot.

PHOTOS of President Buhari Inside the Historic Blair House

Sources close to Wayne and Birdman confirm to TMZ what police docs insinuated … that Birdman got a phone call on April 26, shortly after the bus was shot up in Atlanta. As we reported, police knew the call was placed between 2 phones registered to Birdman.


We’re told the call came from someone in Wayne’s camp who was understandably pissed, and anxious to tell Birdman what went down shortly before the shooting — that Jimmy Carlton Winfrey had been kicked out of a club for harassing Wayne.

Winfrey was eventually arrested and charged with the shooting. Our sources say Birdman assured Wayne he was not involved in any way, and vowed to help figure out who was behind it.

Nigerian model and actress, Beverly Osu Claps Back At Critics Over Her ‘breasts’

Johnson Olumide - August 11, 2021 0
Nigerian model and actress,Beverly Osu has fires back at critics of condemned her for flashing what they call her ‘fallen breasts ‘. Beverly confidently posed...