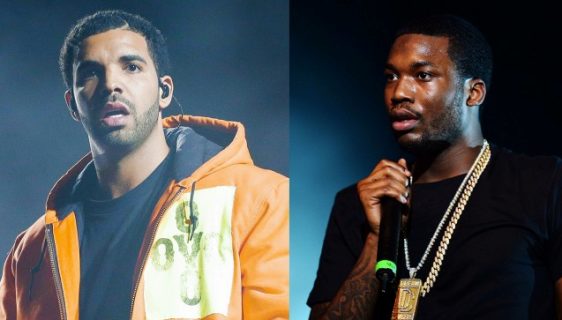 If you  all been following the trending news or tweets on twitter in the last 4 days or so, then you would surely know its been all about the Meek Mills- Drake Dissing.


Well after over 72 hours of silence from drake, we now have an official reaction from him, drake in a stylish manner replied Meek Mill who accused him of having Ghost writers and not been able to write his on rap lines.

He released a  song titled ‘Charged Up’ which was released this weekend during the premiere of his OVO Sound radio show on Apple Music.


“I did some charity today for the kids. But I’m used to it cause all y’all charity cases.


All y’all stare in my face in hopes you could be the replacement. Niggas snitching on us without no interrogation. I stay silent ‘cause we at war and I’m very patient. Six God is watching, I just hope you’re prepared to face him.


Wow, I’m honored that you think this is staged. I’m flattered man, in fact, I’m amazed. The perfect start to the summer, man this shit is a doozy. This shit the twist in the movie but don’t jump to conclusions.” Drake rapped.

Violette - July 25, 2021 0
Barely twenty-four hours after the start of the season edition of BBNaija, drama has started outside the show as Emmanuel's bestie issues stern warning...

Johnson Olumide - February 17, 2020 0
Tanko is a community for soccer fans and analysts to express their opinions with the purpose of promoting more passion for the game. It...

Violette - November 10, 2019 0
Cee-c is not planning to stop the tensioning as she looks very beautiful In a newly uploaded Instagram picture where she is rocking a...