Home News US President Obama To Breaking Tradition Because of Buhari 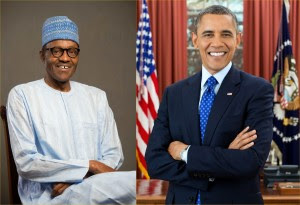 I Read this News online and i had to share it on here.


News emerging today has it that the leader and the President of the free world and also President of the most powerful nation on the planet, Barack Obama would be for the first time ever in the history of the United States break it codes for visiting Head of states especially from Nigeria.
ALSO READ:Cozzy Orjiakor dazzles in new pics


Obama will be  hosting PMB at the Blair House, the official guest house of the American president right opposite the White House, for three days.

This is a clear departure from the American government’s attitude to visiting heads of state, particularly Nigerian leaders.

It is also a demonstration of Obama’s admiration of President Buhari and a thumbs-up for the Nigerian leader’s acclaimed frugal lifestyle and disdain for ostentation.

The decision to host President Buhari in the official guest house of the US president will not only cut down the cost of the trip, but also allow time for informal discussions by both leaders.Buhari is said to have pegged his entourage at 32, a clear departure from the immediate past administration of President Goodluck Jonathan who was once reported to have embarked on a two-day trip with a team of about 100 persons.During official visits to Washington D.C. while in office, Jonathan and his entourage usually stayed at the Westin Grand Hotel. At other times, he booked Waldorf-Astoria Hotel and the Pierre Hotel.During the coming visit, the two leaders will exchange ‘wish lists’. These will contain the requests of both leaders from each other, as well as firm pledges on how they plan to come to each other’s aid.