Home News WATCH VIDEO of Kylie get raunchy on Instagram- “These didn’t... 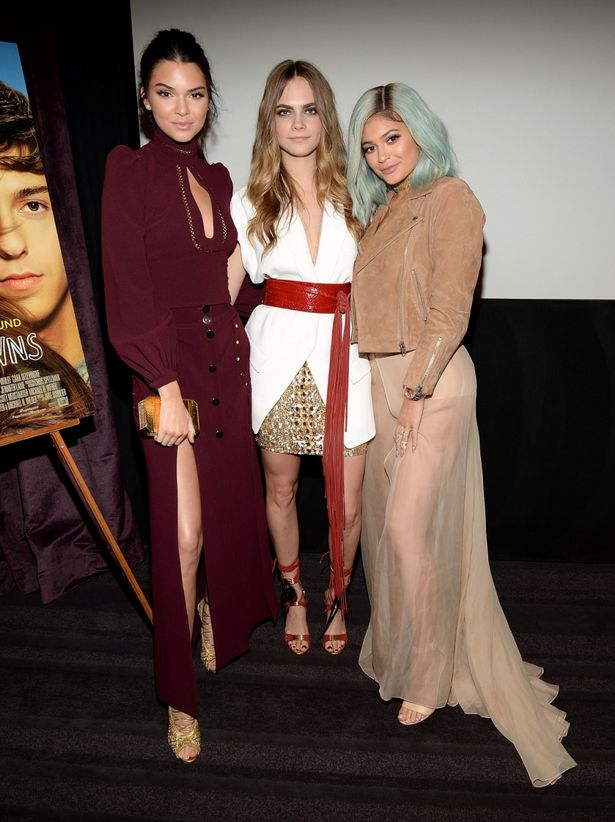 Kylie and Kendall were out hanging with their close buddy Cara whose movie paper town Premiered last Saturday at west Hollywood, In case you missed the first story on it, READ HERE.


it was reported that as soon as the movie was done showing, the girls went out for a meal and it was only a matter of time before the cameras where out.

Kylie,17 years old was seen been sexually Provocative, as she moved her body on her seat with Cara following her to do a dance move, mean while she grabbed her boobs and pressed them so tight.

she later posted a short video of it and tagged it:


“These didn’t make it to Snapchat so here you are Instagram,” Kylie, 17, wrote next to the video.


Lots of comments and backlash from some fans as emerged and some said:

“You are 17 what are you doing?” one simply asked.
Another joked: “I really don’t understand how Kylie Jenner is only 17 years old.”
And: “If my daughter looks like Kylie Jenner does when she’s 17 I’ll probably lock her in a closet.”
“Beautiful girl but enjoy being 17! My parents would have killed me if I dressed like you at 17!!!”