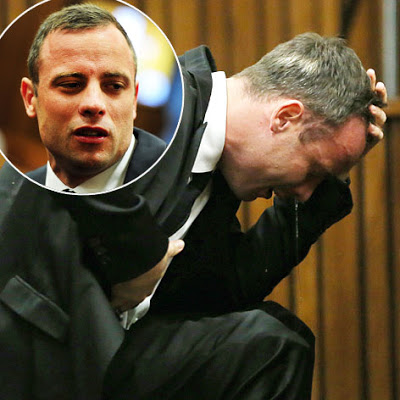 The Olympic Gold medalist, Oscar Pistorius of South Africa’s Parole review has been slated for 18th of September next month, which indicated that the athlete will remain in jail for another 3-weeks.
He was convicted of Homicide for killing his now late girlfriend, Reeva Steenkamp.

Oscar was meant to be moved to a house arrest after serving 10-months behinds bars, but the Justice Minister in South Africa, Michael Masutha referred the matter back to parole  review board.

The Department of Justice  confirmed that the athlete has been approved to be moved to house arrest too soon.

A Spokesman for the Justice department issued a statement last week, indicating that Oscar Pistorius should have served a 10-months, or one-sixth of his Five-years sentence before even been considered for release, but was approved for parole just 8 months into his jail term.

Oscar will remain in prison for now until the review panel which consist of 3-judges makes a decision which could take weeks or even months.