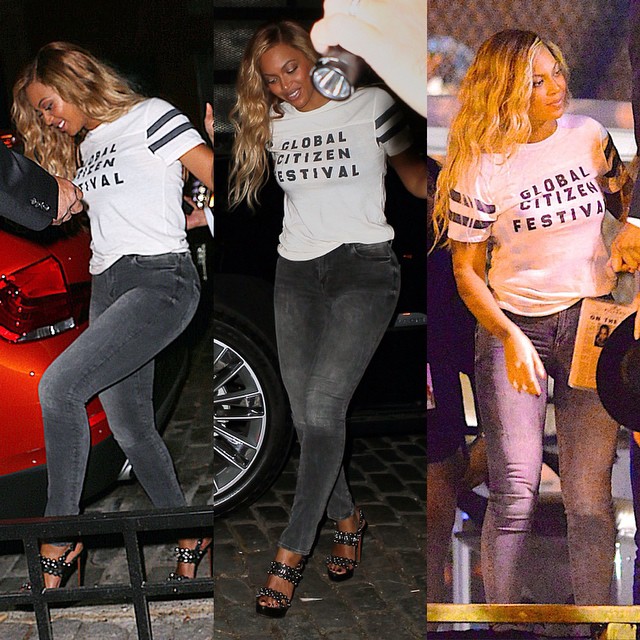 Beyonce, Jay Z and Blue Ivy were all in attendance at the Global Citizen Festival event(READ HERE) that was held at central park, New York, United States on Saturday 26th 2015.

Queen B herself was a top performer of the night has she performed some of her hit songs from her last album with some other musical artist like Ed Sheeran (Drunkin In Love) and all was said and done she and Jay Z  and Sleeping Blue Ivy quietly existed the Event.

see more pictures of their exit from the Concert below.. 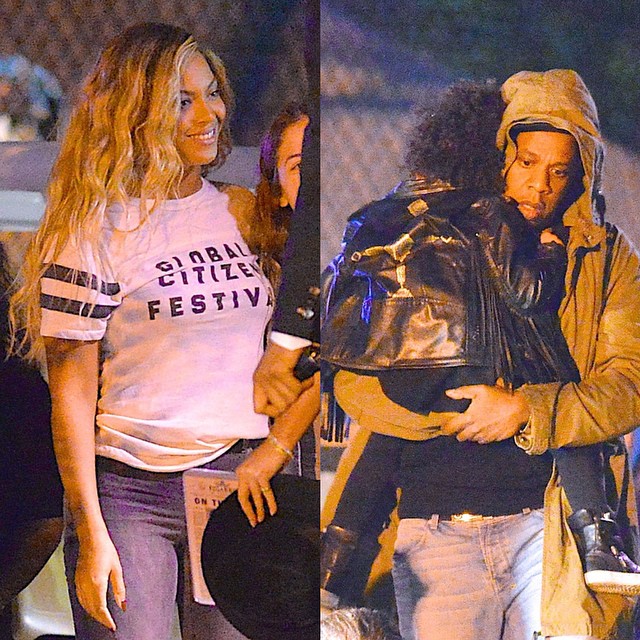