Home Entertainment Celebrities Chris Brown Puts Rihanna Fans to the Sword, as he put a...

The Loyal Hitmaker has finally put the nail on the coffin, has he took to his twitter to address a tweet he replied to when he said ‘Wow’

Apparently a Chris Brown posted a video of RIRI’s Concert in Brazil and Tagged Chris Brown in it.

So some fans of rihanna that saw his post presumed he was talking about Rihanna and started flooding his Mentions and re-posting it online. 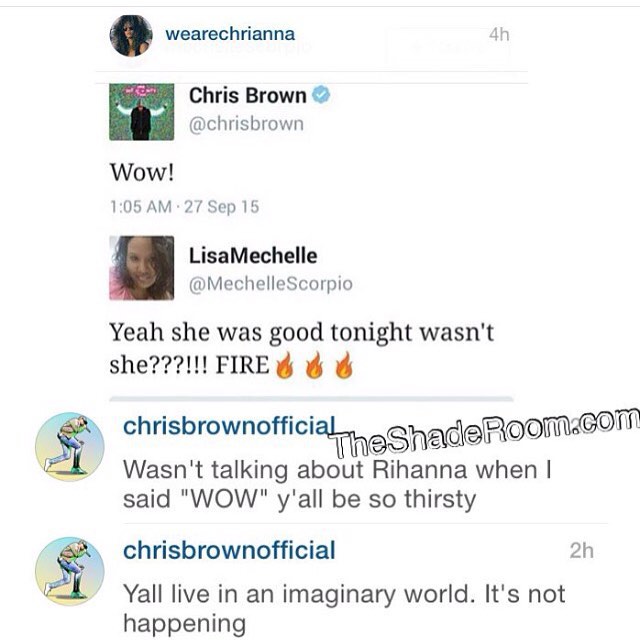 Violette - November 10, 2019 0
Celebrity Fashionista and Stylist Toyin Lawani has shared an inspiring post on her Instagram Page to motivate her fans and followers. Toyin Lawani who is...

Johnson Olumide - June 26, 2021 0
Congratulations are in order for Instagram Comedian Sydney Talker as he says goodbye to UNIBEN after 4 years. The 26-year-old skit maker shared a photo...

Violette - January 16, 2021 0
Wizkid's 1st baby mama Shola Ogudu has issued a stern warning to ladies in the country who have been sending their son Boluwatife Balogun...

Johnson Olumide - May 12, 2020 0
The nominees for the 2018 BET Awards have been released with DJ Khaled leading the pack with six nominations, the most of any artist....