The Most Anticipated,electric,soul searching, Emotionally Intrigued and ever amazing Music Tv series is back.

Has you all know from day one, its been all about everyone wanting to control a Multi-Million Dollar Musical Producing company. along the Line the CEO Lucious Lyon Gets sick and was about to die and named his gay son Jamal as his successor.

Suddenly has if all was done and said a miracle happened and he got a new start, a start with a concert to celebrate him.

It was perfect but not perfect  has he was right in that moment arrested and sent to prison and you all know the rest of the story. 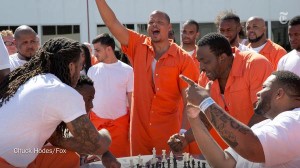 its going live today and we just cant wait,according to avclub.com:

Empire is still rife with the soapy conventions that have shaped its overall voice. The show’s characters are always rolling down windows in dark cars and dropping bombs on each other as elevator doors close. 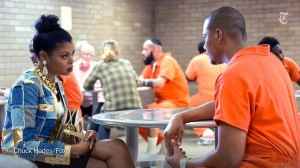 These over-the-top conventions make Empire fun even at its most chaotic, especially because the actors all play it with a grounded sense of realness.

Musical cues continue to be the show’s most unapologetically soapy element: The heavy-handed snare run after Cookie drops a “Let me tell you something, ho” on Anika is exactly the kind of spectacle expected from a prime Cookie moment.

Empire season 2 returns on eastern fox today at about 9pm.

Johnson Olumide - March 21, 2020 0
Rufftown Records signee, Wendy Shay has won hearts on social media as she finally changes her hairstyle. Wendy Shay who has always been seen with...

Johnson Olumide - December 20, 2019 0
Baseline Music act Aramide lets out a new single ‘Fall On Them ft the King of Dancehall, Timaya. The new tune comes days after she dropped ‘Emeka’ a cover of 2Baba’s...