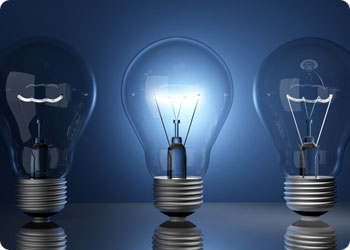 Since the Buhari Lead Administration resumed office after winning the Elections back in May.
There is One thing i have observed overtime now,which is the slight improvement in Electrical Power Generation and supply. i would not say its the best, but its better than what we used to have.
ALSO READ: Omg! Creepy Goat Head Water Melon Carved Out By a Nigerian, Trending on Twitter

As at the End of August, 2015 I could arguably say there is hope for Nigeria Concerning Two major issues that has blighted the nation for so many year now, Abrupt Electricity Supply and Hike in Petroleum Product Prices.
Its in the Light of this Fair Change that the TCN has announced that the Nigerian Federal Government needs N15bn annually to generate 8,000 megawatts of electricity in three years, the Transmission Company of Nigeria has said.
And for a space of three years, the country would need a total of N45bn to achieve the feat, it stated.
The Acting Managing Director, TCN, Dr. Atiku Abubakar, disclosed this in an interview session with newsmen.
To this end, the TCN said it would be engaging 30 local and foreign investors in its bid to raise the funds, which would aid the expansion of the country’s power transmission infrastructure.
The company said it would be engaging the investors in its financing scheme as their capabilities in terms of technology and finances had been duly ascertained.
Abubakar said,
“The country will need to invest N15bn within two to three years to achieve 8,000MW. We have shortlisted them and now we are building the framework for repaying the investors.”
According to him, the TCN has identified 130 ongoing projects that have been stalled as a result of lack of funds and other challenges.
He said out of this number, the TCN had identified 30 projects that were critical.
Beyond waiting for the investors, he said the company was also looking inwards by talking to government and others to raise funds for the project execution.
According to him, 8,000MW is the TCN’s expected transmission capacity in the short run.
Abubakar said that the privatisation of the TCN was likely going to be in the long term as discussions on this was not on the table for now.
He had also said, “We are making all efforts to ensure that funds are raised outside the appropriation of government; we have investors who are ready to come into the country to invest in our schemes.”
Power supply to households and businesses in the country has fallen below the 4,000 megawatts mark as 1,047.3MW was lost in seven days, according to data from the Presidential Task Force on Power.
Electricity from the national grid had before now hit a record high of 4,810.7MW, which was achieved on August 25 this year.
The TCN had then said the new peak followed the record set on August 24, when 4,748MW was wheeled by its network.
In July this year, the Federal Government extended Manitoba Hydro International Limited of Canada’s management contract for the TCN by a year.
The government took the decision despite the agitation by electricity workers that the contract should not be renewed as they vowed to seek all legal means to protect themselves should the deal be extended.
The Federal Government also confirmed that the TCN would be unbundled into two companies, and this would be facilitated by Manitoba.
The extension of Manitoba’s deal follows a three-year management contract signed in 2012 for it to manage TCN’s electrical power transmission, system operation and market operation undertakings, as well as train the transmission firm’s personnel.
The initial contract, which was signed by the TCN, MHI and athe Bureau of Public Enterprises, will expire on July 31, 2015.
The General Manager, Public Affairs, TCN, Mrs. Seun Olagunju, had noted in a statement that MHI would continue to assume responsibility for the management and control of the TCN’s entire operations, working alongside Nigerians to transform the company into a technically and financially efficient, stable and sustainable organisation.
She said working together with the transmission company’s employees, Manitoba had achieved a wheeling capacity of 5,300 megawatts of electricity and reduced system losses from over 12 per cent to approximately eight per cent.
Original Article Culled From:Gidixtra.com
READ ALSO
Unilag Undergraduate Student buys phones valued at N1 millionaire, with Fake Credit Alert

“You did everything Oye accused you of” – Tonto Dikeh’s friend, Sonia Ogiri comes for Bobrisky (video)

#BBNaijaReunion: “God of the disqualified’ , I thank You” – Drama queen Tacha is...

Johnson Olumide - June 4, 2020 0
Its been over 6 months since the most Popular Reality Show in West Africa called the BBnaija Reality Show ended and the drama has...

Johnson Olumide - December 31, 2018 0
Cossy Orjiakor has taken to Instagram to openly educate men that fill her DM with love messages saying they can be her baby daddy. Cossy...

‘I Need A Man And I’m Serious’ – Yvonne Nelson Confess

Johnson Olumide - January 2, 2020 1
Ghanaian actress Yvonne Nelson has confirmed on a live Television show that she is desperately in need of a man and it isn’t a...