The Grammy Awards 2016 Nominees List has been released Yesterday and wow some really interesting nominations came up and some other People were snubbed too as usual.

For this year nominees we have the likes of Taylor Swift,Kendrick Lamar for ”Song of the Year” for his to pimp a Butterfly Protest Song “Alright”. 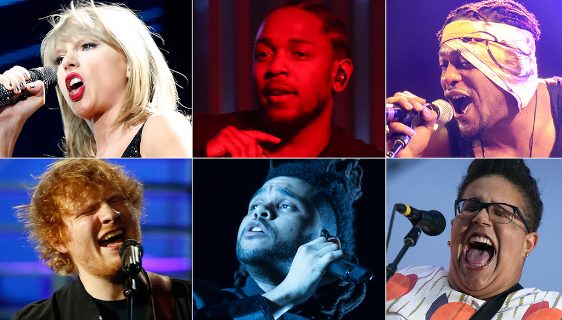 Lamar’s Sophomore Album is also nominated for the “Album of the Year” Award, along with The Weeknd,Taylor Swift, Chris Stapleton, and Alabama Shakes.

Nigerian-American Born Jidenna was Also Nominated in the Rap/Song Collaboration for Classic Man.

The Grammy Awards Takes Place February 15,2016 at the Staples Center in L.A.
Read Full List of Nominees Below.