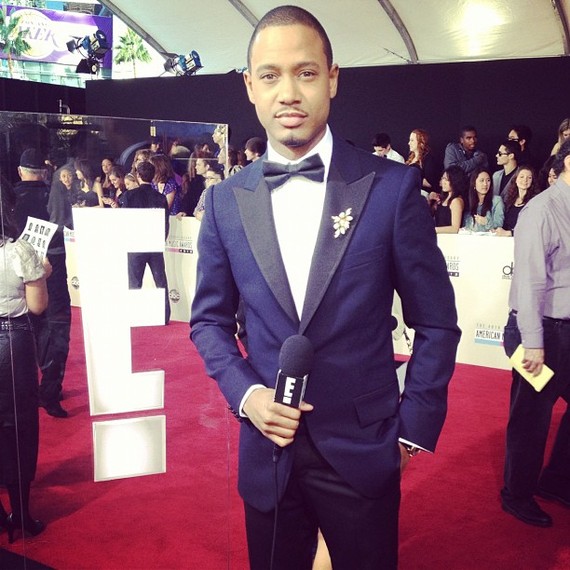 The 33-year-old Actor, host and Presenter of the BET’s popular music video countdown show 106 & Park from 2006 until 2012. Wikipedia and Current Tv Personality at E! news took to E! to announce his intent to leave the Tv Station by the End of the Year.

Read His Statement below:

I started hosting when I was 16 years old back in North Carolina, and I’ve been now on national television for over 10 years,” he said Tuesday on E! News. “Seventeen years, that’s a long time, and I think in order for someone to grow it’s important that you try new things and you create new challenges, create new dreams for yourself.

I took some time off this summer and I produced and I starred in my first feature film, and I’m really excited about it and it’s coming out at the top of the year. It’s called The Perfect Match. I knew I would have to leave to go on a promo run for that…I’ve had a lot of opportunities come in in the acting space, both behind the camera and in front of the camera. And so, with all of that said, I wanted to announce today that I’ll be leaving E! News.