The Fc barcelona and Brazil National Team Striker was announced By The LFP has the Player of the Month Yesterday.

Neymar Jr Became The First ever Fc Barcelona Player to win the Award, the Other Current Fc BArcelona to have won it was Batra while on loan at Celta Vigo. 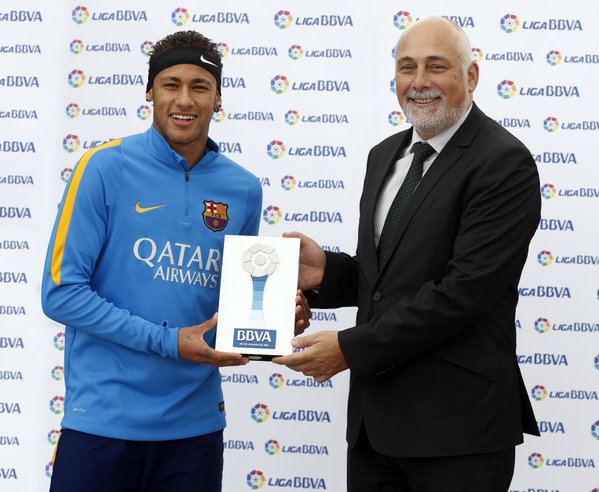 The Fc Barcelona Striker was in Astonishing Form During the Month of November in the Absence of Lionel Messi scoring in all 5 games.

He scored two against Real Sociedad, 1 Against Madrid at the El Clasico and finally a Double against Villarreal with the Memorable sublime overhead flick on the last defender to deliver a sumptuous finish.

Neymar winning the November Award marks it the 15th time the award has gone to a forward and a third time to a brazilian player in the La liga.

see tweets  from this latest award.

.@neymarjr named Liga BBVA Player of the Month for November.