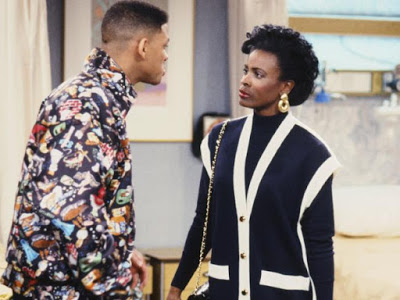 The Former Actress and co Star on the French Prince of  Bel air, Janet Hubert whom acted as the First Aunt Viv went war of words on Janet Pinkett Smith and her former ‘Nephew’. she was fired by the concussion Actor from the Fresh Prince of Bel Air and replaced by another actress.

Janet later claimed that she was fired because she wouldn’t kiss up to him and also because he wouldn’t stand up for a raise for the cast.

In her post to twitter concerning  the Oscar Boycott, she first took a dig on will smith’s wife:

“First of all, miss thing,does your man not have a mouth of his own with which to speak?

“The second thing, girlfriend, there’s a lot of sh*t going on in the world that you all don’t seem to recognise. People are dying. Our boys are being shot left and right. People are starving. People are trying to pay bills. And you’re talking about some motherf**king actors and Oscars. It just ain’t that deep.”

“And here’s the other thing, for you to ask other actors, and other black actresses and actors, too, to jeopardize their career and their standing in a town that you know damn well you don’t do that. And here’s the other thing—they don’t care. They don’t care! And I find it ironic that somebody who has made their living, made their living and made millions and millions of dollars from the very people you’re talking about boycotting just because you didn’t get a nomination, just because you didn’t win.

“Well karma must be a bitch, cause now here you are. Here you are, you’ve had a few flops and you know there are those out there who really deserved a nod,” I didn’t think, frankly, you deserved a Golden Globes nomination with that accent, but you got one. And just because the world doesn’t go the way you want it to go, doesn’t mean you can go out and start asking people to stand up and sing We Shall Overcome for you.”You ain’t Barack and Michelle Obama. And y’all need to get over yourselves”.

“You have a huge production company that you only produce your friends and family and yourself. So you are a part of Hollywood, you are part of the system that is unfair to other actors. So get real.”