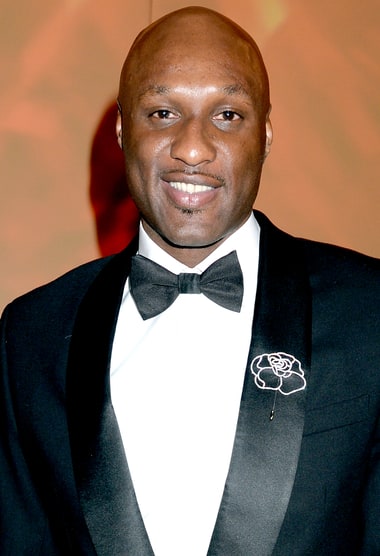 The Former La Lakers player and estranged husband of Khloe Kardashian left the Sinai Hospital in Los Angeles on Wednesday, 6th of january.

its been Reported that he was secretly moved by his estranged wife to avoid unwanted attention.

Lamar odom was Admitted into the hospital october 13 last year after he was discovered and found unconcious in a Nevada Brothel.

Lamar spent christmas with his kids while at the hospital,his son Lamar Odom Jr 13 and Destiny 17.

Lamar Jr posted a selfie of him and his dad on instagram captioning it.
“Christmas with my pops. Here’s to 2016. Blessed.”

Sources close to Odom Previously told US Magazine that his COnditions have improved continuously and that his now able to walk without  a Walker.
His recovery is nothing Short of a  Miracle after the doctors assumed he wouldn’t make it this far when he was initially admitted.

Khloe said “They told me that he had four hours,” Kardashian, 31, said on the Today show in November.

lamar is currently in a Private Facility recovering, the rehab has been set up near the Kardashian’s Home.

The Move was carried out without even informing the Parents of Lamar.