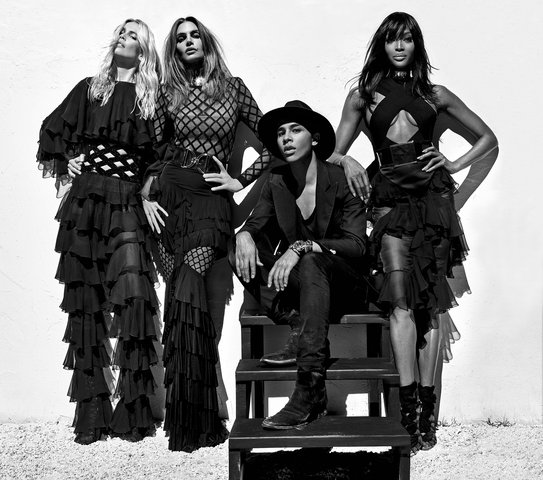 I have over the last few months Studied the Fashion World and when it comes to collections from the Balmain, it always a fashion statement that leave me in Awe of their work.

Now the Most Intriguing part is that the Brain behind this crazy awesome fashion designs of cloths is just a young chap, his name is Oliver Rousteing.

Serena Williams Shares her 2015 Highs and low moments On Instagram 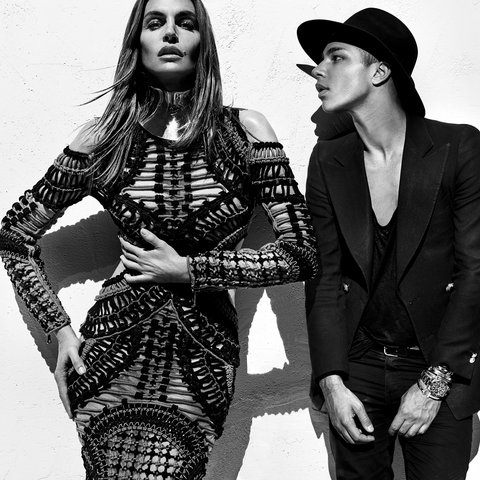 In the Photo Above, The Likes of Top world Super Model such as Naomi Campbell, Cindy Crawford  and Claudia Schiffer all Photoshoot new Collection of Balmain’s 2016 Spring Collection.

Oliver Rousteing the Designer was thrilled working with this 3 awesome Top models, he had this to say:

“While we shot these images, I had to smile as I imagined how my adolescent self would have reacted with utter disbelief if someone could have traveled back in time to tell me that one day I would be in a New York studio, watching Steven Klein shoot Cindy, Claudia and Naomi for my Spring 2016 campaign—for those four singular talents have inspired me from day one.

When I was a schoolboy in Bordeaux, it was their editorials that first made clear to me the amazing transformative power of fashion. Still today, many years on, their iconic images are often found amongst the jumble on mood boards in my (and almost every other designers’) atelier. To say that working with them was a dream come true is no exaggeration.

Watching Cindy, Claudia, Naomi and Steven instinctively work together, I was struck by the displays of confidence, professionalism and grace in front of me,there was never any doubt that the final images would be anything but perfect. Looking at them now, I like to think that perhaps someday these shots might also form part of some future designer’s mood board. 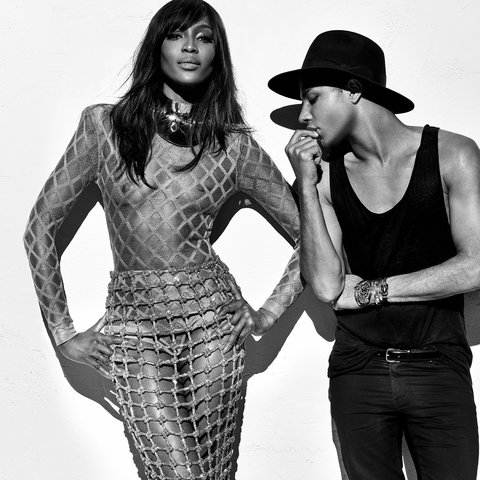