Home Entertainment Celebrities #TBT: Serena Williams shows of Hot Bod in Response to her having...

The 21 times Grand Slam Tennis Player has shrouded off worst comments made about her sometimes last year after winning the 2015 Wimbledon in England.

The 31 years took to the sea to have the fun of life not been bothered by whatever anyone has to say.

In  an interview with , she said it’s not just comments about her figure that are unfair – she also faces a constant double-standard when it comes to on-the-court behavior.
READ ALSO:

Over the years, as a Tennis Pro Serena has been Accused of using unprofessional Body languages and was also fined $82,500 in 2009 after she screamed at a lineswoman who called her for a foot fault: ‘I swear to God, I’ll f***ing take this ball and shove it down your f***ing throat.’

The Current World No 1 in female Tennis Insisted that it’s not necessarily her language or temper that are the real problems, but sexism – as men who’ve had similar outbursts receive considerably less attention and criticism for them. 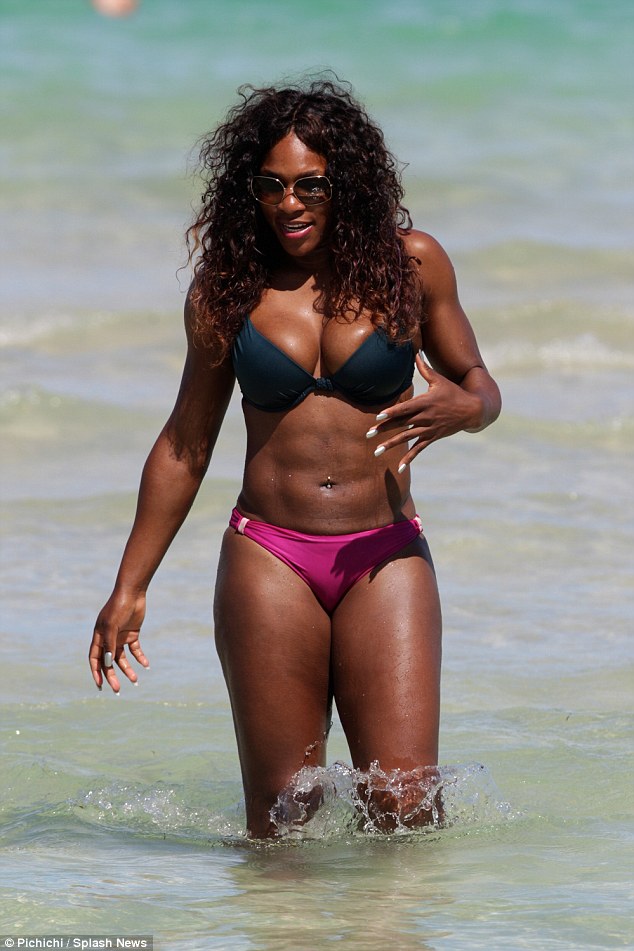 ‘I just think it was weird,’ she said. ‘I just really thought that was strange. You have people who made a career out of yelling at line judges. And a woman does it, and it’s like a big problem. But you know, hey.’

The tennis Star also said she doesn’t display her trophies around her house, that she just knows they are some where in the house.

‘I have lots of trophies, and I’m just – I’m not that person that needs to see all these trophies,’ said the star, who was styled for her New York Magazine shoot by Vogue editor Lawren Howell – who has also worked with the likes of Emma Stone and Elle Fanning.
She went on: ‘I have some in my house here, some in my house there, some I don’t know what happened to ’em. I have my grand-slam trophies… somewhere.’

Serena Said she Focus more on whats head than dwelling on her past wins and victories and more also looking forward to life after she is done with Tennis.

‘That was my first real love,’ she said, ‘but then I was like, Listen. I’m playing professional tennis. I’ll just do athleticwear.’

Well her dreams came true, as the 34 year old created and owns Serena Williams Signature Statement, sells exclusively on HSN, and complements the fashionista-on-the-courts persona that she and her sister, Venus, cultivated.

‘We brought fashion back to tennis,’ she said, adding: ‘It was great when Chris Evert was around. Tracy Austin had some great designs. But the ’90s was not a good time.’