Home Entertainment Celebrities Watch A LAdy Give a Random Man She Met at a CLub...

Wonders they say will never cease to happen, in a world so engrossed on sexual perversion and Sexual Lust everywhere.

One is always left with little to imagine this days,anyways it all happened on New Year’s eve at Park Avenue Club In Dallas, A Random Girl Meets a Random Guy and Few Minutes Later while the Dj was blasting and Jamming the club with hot Music, This Lady Goes to meet up with the Guy in Gladiator Sun Glasses, Goes down on him and Gave him a Head to ring Into 2016.

From the Video she was seen Pulling down the Zip of the Guy,using her hand to take out his Dick and began to suck the guy off in front of a Partisan crowd at the club.

Immediately she was done Giving him Head, she walked away with a smile. Cheese damn that was really awkward and Disgusting.

Watch Video Here and see some 18+ Censored Pics Below. 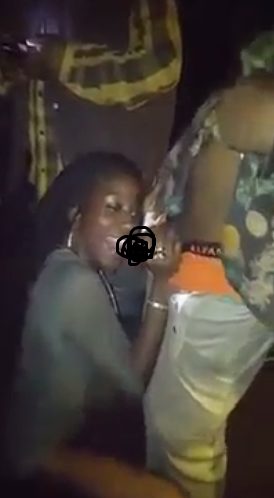 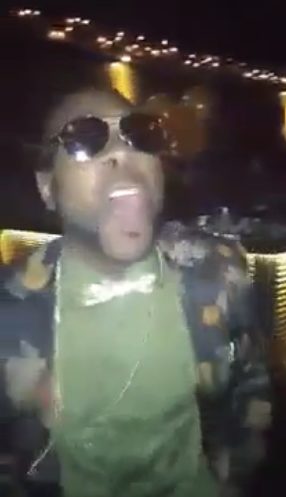 Violette - October 8, 2019 0
Nigeria rapper Erigga took to his Twitter post today to shed little light on his past which he is happy he wouldn't have to...

Johnson Olumide - July 19, 2021 0
Nollywood/Ghanaian actress, Juliet Ibrahim got tongues wagging with her latest photos, which she shares on social media moments ago. The beautiful and sexy single superstar...

Nike Unveils the official US Open 2016 Day and Night Outfits for Serena, Nadal...

Johnson Olumide - February 18, 2020 0
The World's No 1 sports Fashion Designer is back again with a Bang of sexy designer on and off Court Sport Wears from Sporty...

Violette - July 1, 2020 0
Rape allegations and rape issues should never be taken lightly especially when it involves celebrities. And Justin Bieber has been dragged by a young lady...

Never Trust Me With Your Girlfriend – Kiss Daniel

Johnson Olumide - April 9, 2018 0
Never Trust Me With Your Girlfriend - Kiss Daniel Nigerian singer, Kiss Daniel, has confessed to a male fan on Twitter that he could...