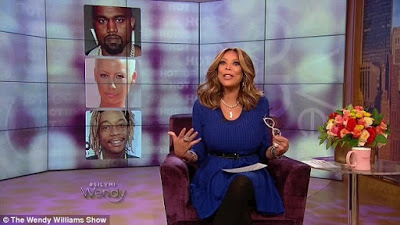 The Last Few days, especially since Wednesday when Twitter War Broke among Two Us Rapper and Also Pulling In A Stripper They Both Once Dated and the Later Fathering a Child with Her.

Everyone on the social Media been Talking about, and same goes for Tv Personality Wendy Williams who took a Swap at The Turn on The Lights Singer Kanye west.
READ ALSO:

READ HER COMMENTS BELOW:

The idea he’s talking about Amber being a stripper, you’re not saying about anything she hasn’t admitted herself. ‘As a matter of fact, Kanye, you’re the one who gave this stripper her come-up. And, by the way, we recall meeting your wife on her back. 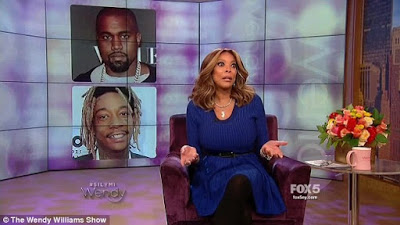 I’m scared of the house I live In – Reality star, Tacha reveals

Violette - January 19, 2020 0
Ghanaian singer and songwriter, Wendy Shay is no doubt one of the most fashionable celebrity in the Ghanaian Entertainment Industry and she's not resting...

Johnson Olumide - February 17, 2020 0
The 3 Pretty Young Models are sisters to popular fashion Top Models and they too have taken in the same footsteps of their elder sister, as...

GoT( Game Of Thrones) Breaks Record at Emmy Awards

Johnson Olumide - February 17, 2020 0
The HBO Tv Series GoT (Game of Thrones) show added to the eight prizes it scooped at the recent artistic Arts Emmy Awards at...