Queen B performed at the super bowl 50 last night, her costume was the talk of the evening as social Media reacts to it and say she got the idea from the late King of pop Michael Jackson.


MJ wore a black and Gold Outfit back in 1993 while performing on stage, beyonce did a replica of it by wearing a Black jacket and a gold plated Apparel forming a cross X shape on her chest as she  Performed a Tribute song  for the late King of Pop during the Super Bowl 50 half time show. 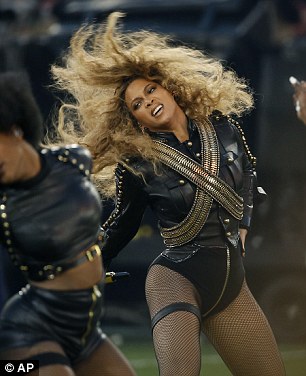