The 31 years old Singer shared this new Raunchy Photos on her Instagram some days ago, in her Post she said she is got a big announcement coming soon.

The Only announcement lots of her fans world wide would be interested in is the Release date for her 3rd studio album and without further Aldo the track list of the album and the album name.

K Michelle Hints she would be Visiting Nigeria Soon, as she Expressed Excitement of Collaborating with Seyi Sodimu on Remix of Love me Jeje

Over the past 5 weeks, Michelle has been using her Social Media Pages to tease about the album and some powerful tracks on it, as she is always seen in her video singing some verses and hooks  from some of those new songs coming from her new yet to be announced Album. 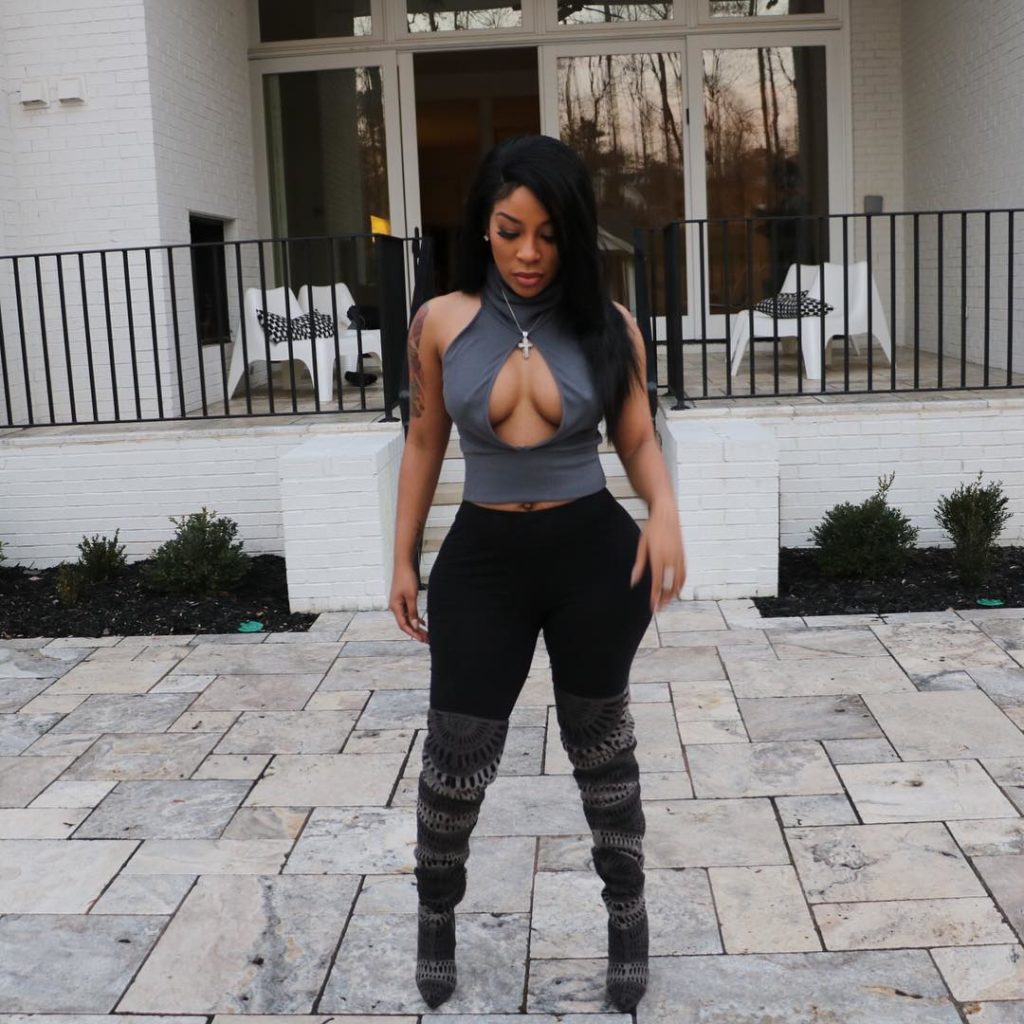 From the Photos below, K Michelle who is also more Popular among her Lusting male fans who are always on her page checking for more sexually related photos of her bootylicious Booty or Naked Boobs.

Well, she did gave them something to think about or fantasize about, as she wore a Armless grey Middle cut-through Top showing of her Nude boobs and Nipples which also showed off her tattoo. 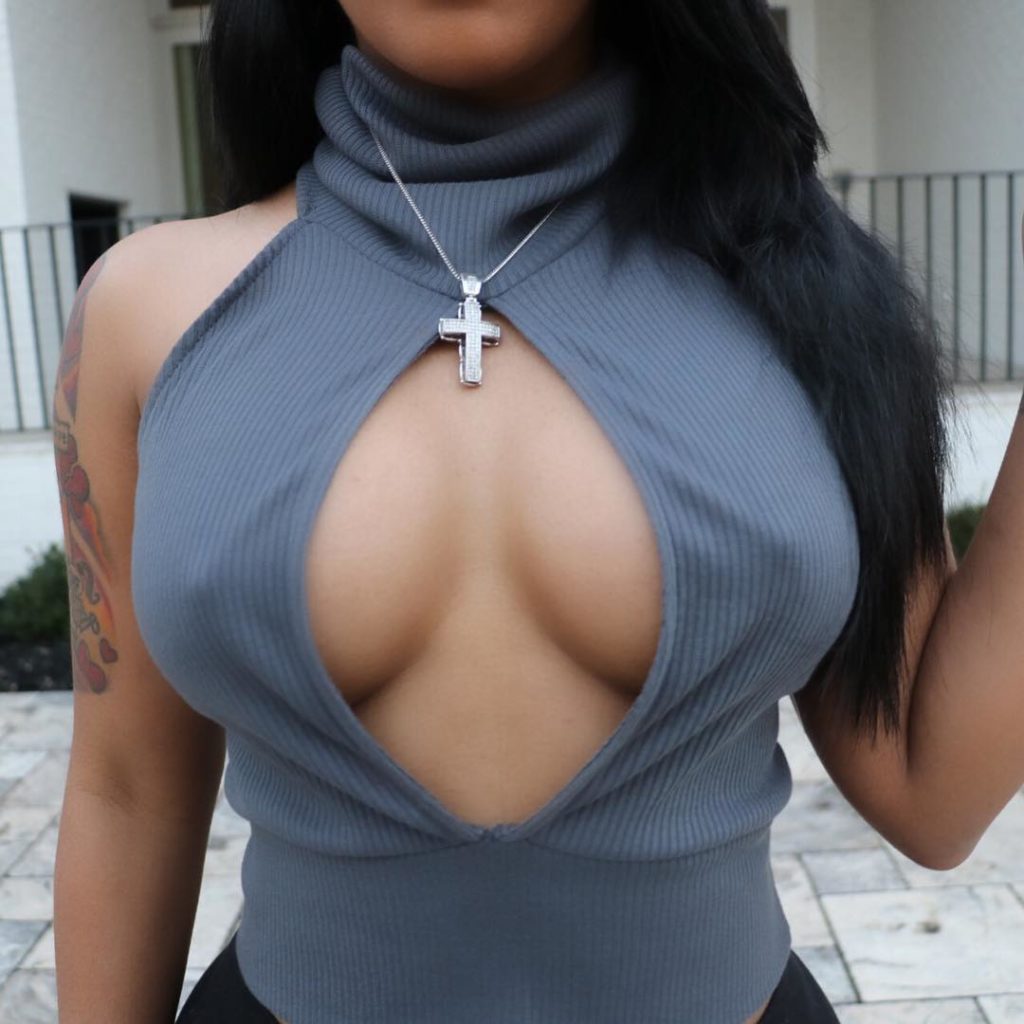 She accessorized in Black Boots for the cold in a black pants Trousers.
on her neck was a necklace with the sign of the cross, she also wore a pair of small glittering earring. 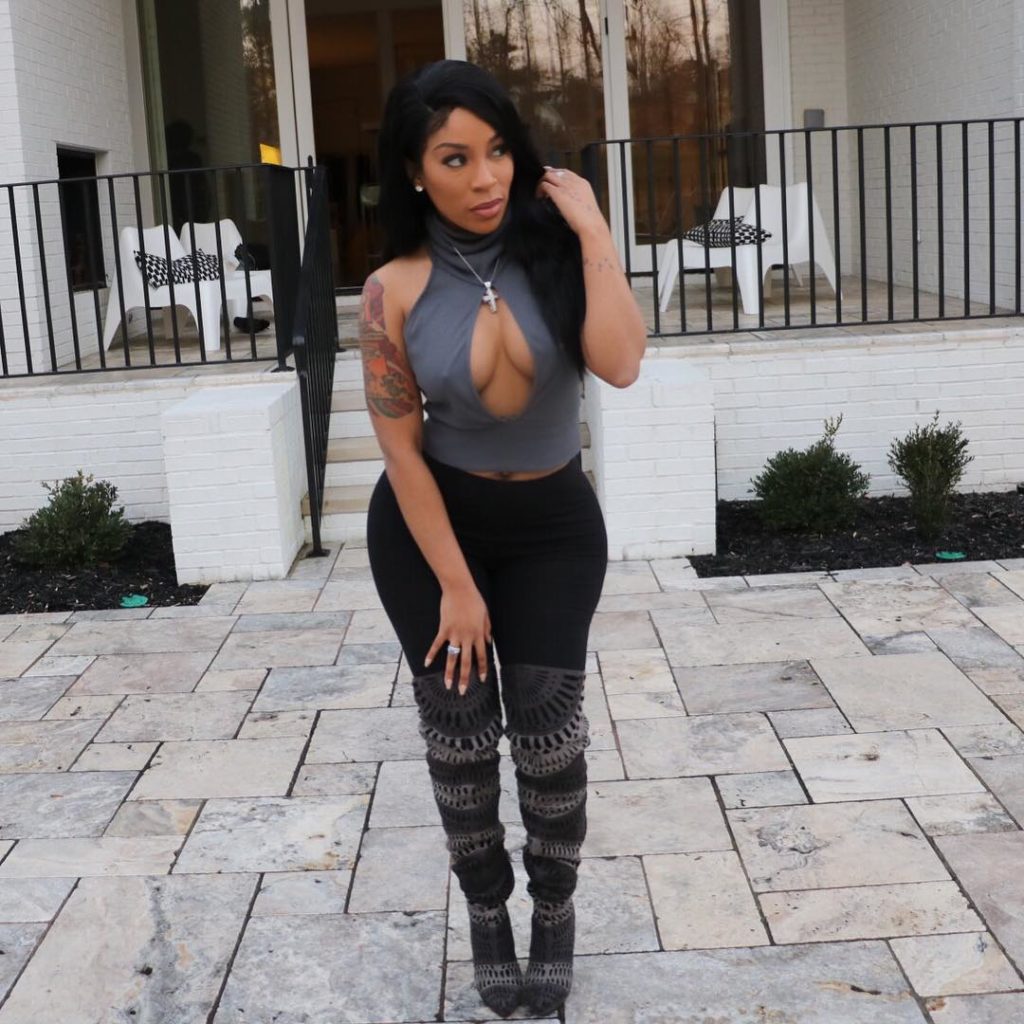