Controversial Us Rapper whom has been on a social Media war  since January for various reason you all could possibly think off.

He took to his twitter again to tweet but this time it was different as he posted a photo of his first child and daughter North.

He said this about her:  Nori will be one of the most beautiful women in the world in 20 years time. She’s angelic!

Kanye’s Album T.L.O.P( the Life of Pablo was released last week Sunday). the title was finally chosen after month, weeks and years of changing and speculating about it. 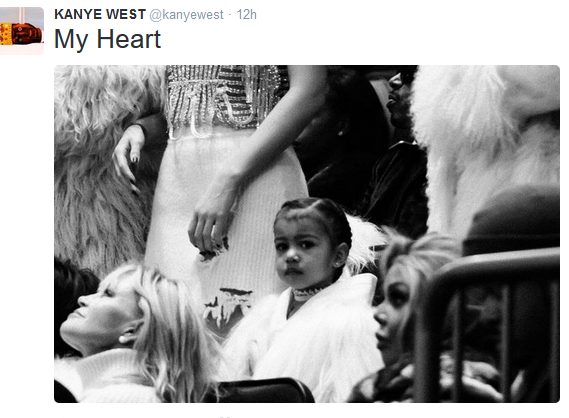