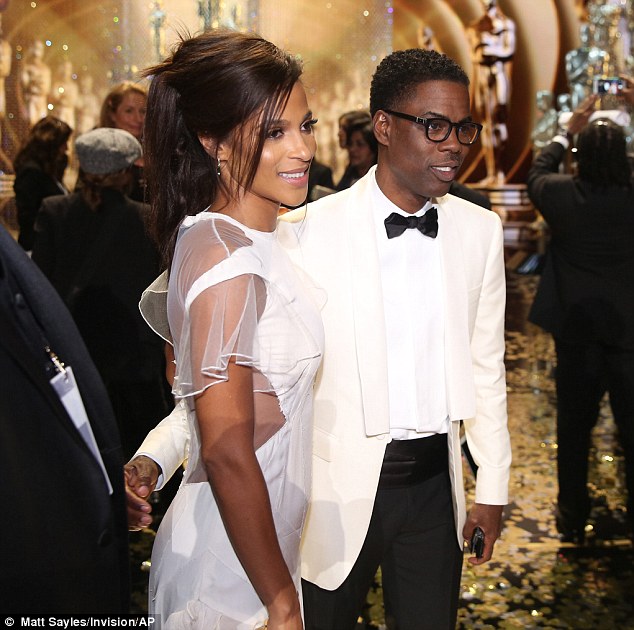 Chris Rock,51 had the Best Night as he hosted the 88th Academy Awards(Oscars Awards) on the 28th of February 2016.

The Actor was eloquent and decisive in the way he handled the Oscar White issue among the black people vs the Hollywood Movie Producers and after all was said and done it was time to Party and no other place to be than the Vanity Fair Oscar after party. 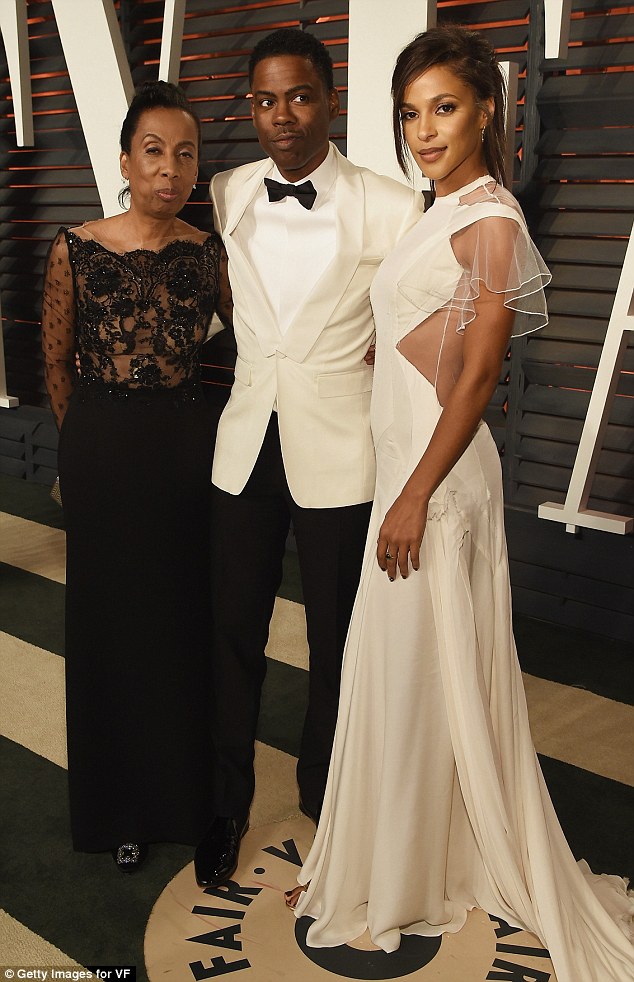 Chris rock arrived the Venue with his New love Megalyn Echikunwoke and his mum Rosalie as they all posed for photos in front of the flashing lights and Cameras. 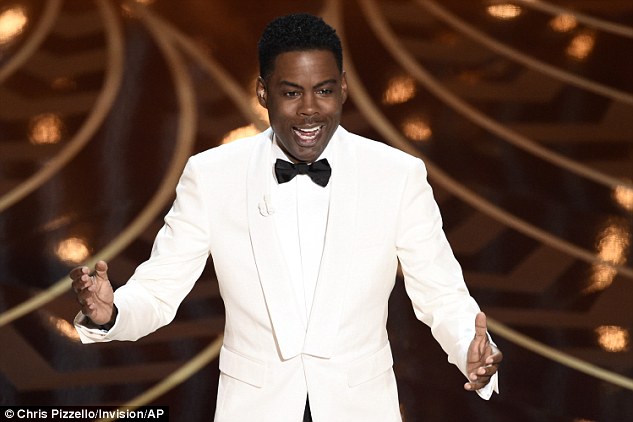 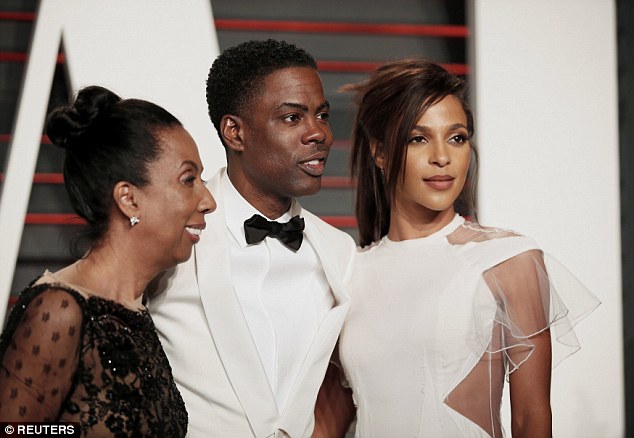 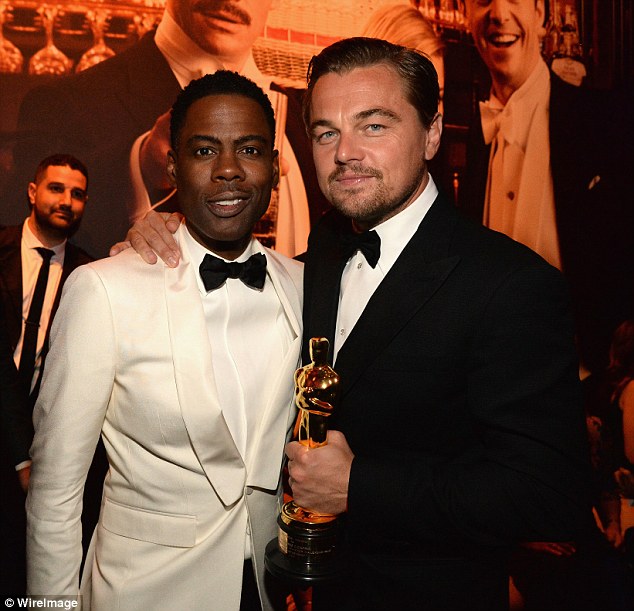 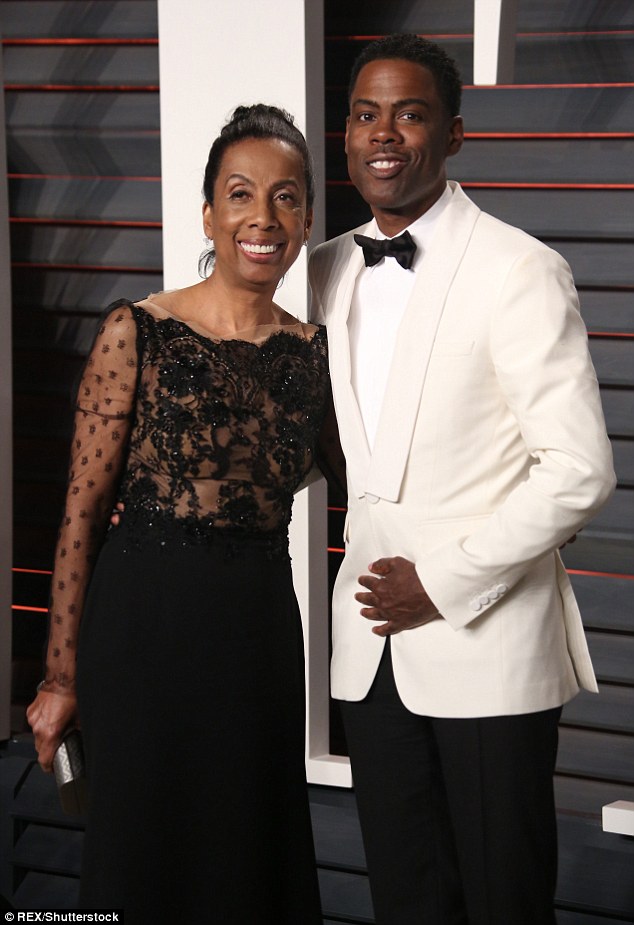 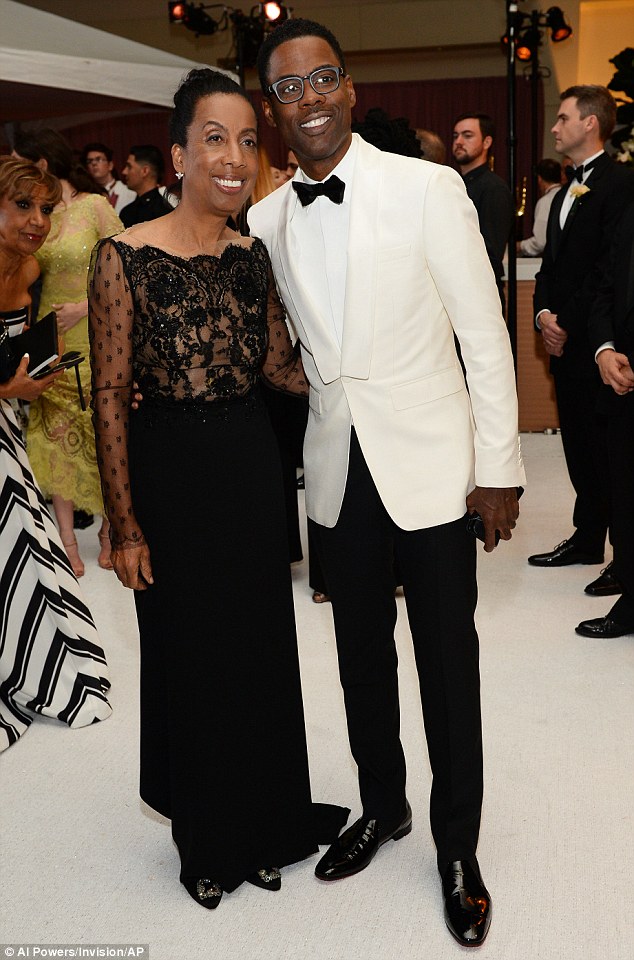