The 33-year-old Rap Queen Put on a racy Display in extremely racy costumes on Sunday night as she performed at Real 92.3 Presents:The REAL Birthday Bash in Inglewood, California on Sunday night.

Nicki showed off her killer curves and Hips don’t lie in Leather crop Top, Leather Fringe skirts that were displaying flesh on the way as it swayed from side to side.

The Pink Print Singer had earlier debunked rumors that she and he r rapper bf Meek Mill had a blow out by posting S/O about the fake News and Rumors Gossip Website TMZ published a Day before she replied. 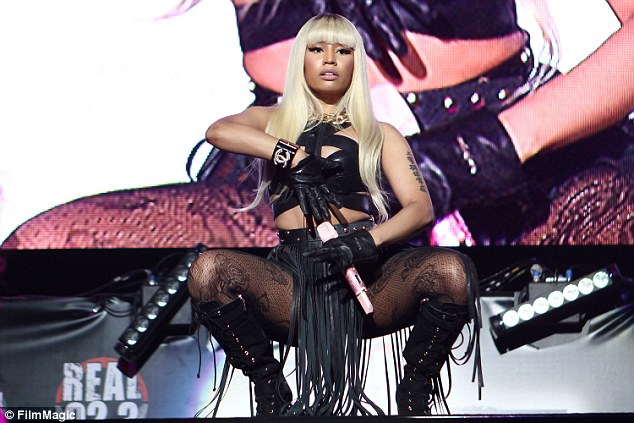 Nicki had the Audience under her sexy body Appeal when she hit the stage in her racy outfit, as she dissed out hits after hits from her 2014 Pink Print Album. Nicki Put on white colored Wig for her performance of the Night. 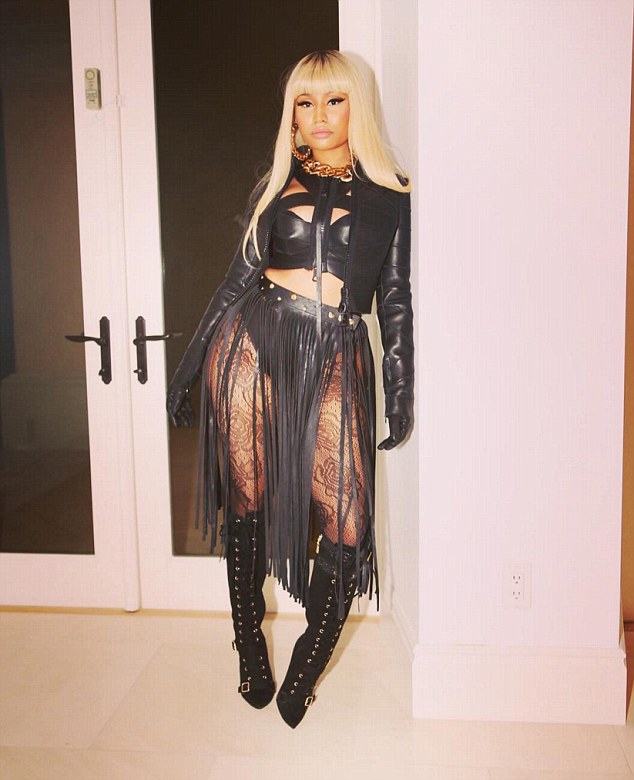 Her Bf Meek Mill  has been under both House and  State Arrest while serving a 6 months jail term for Preaching his Parole. 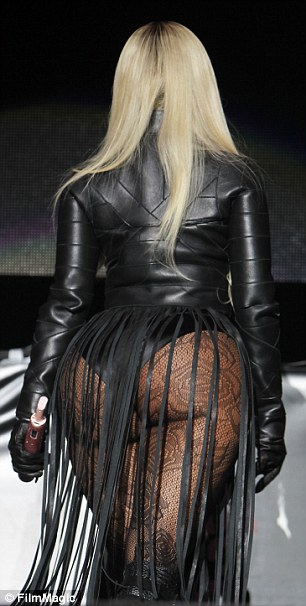 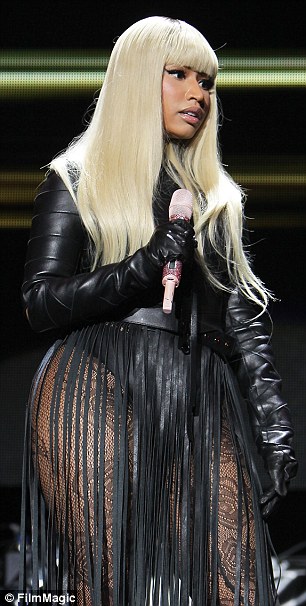 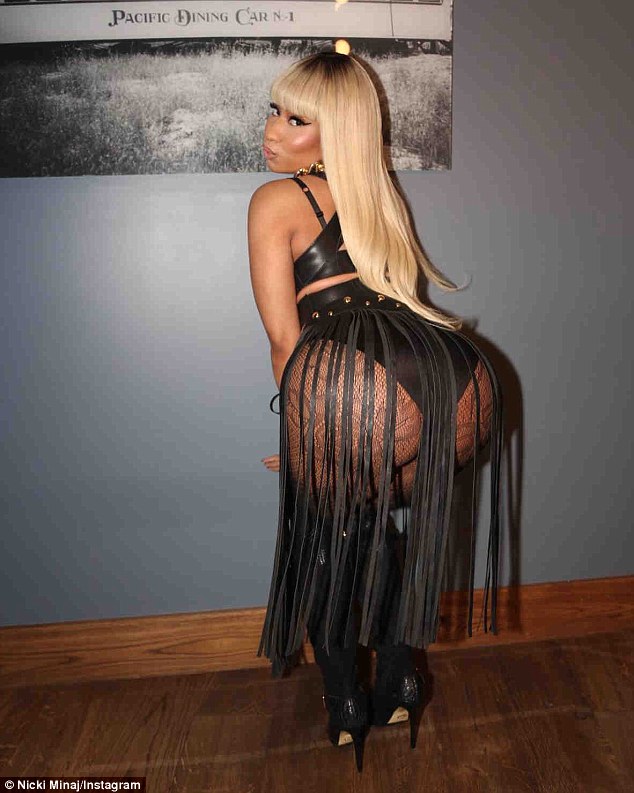 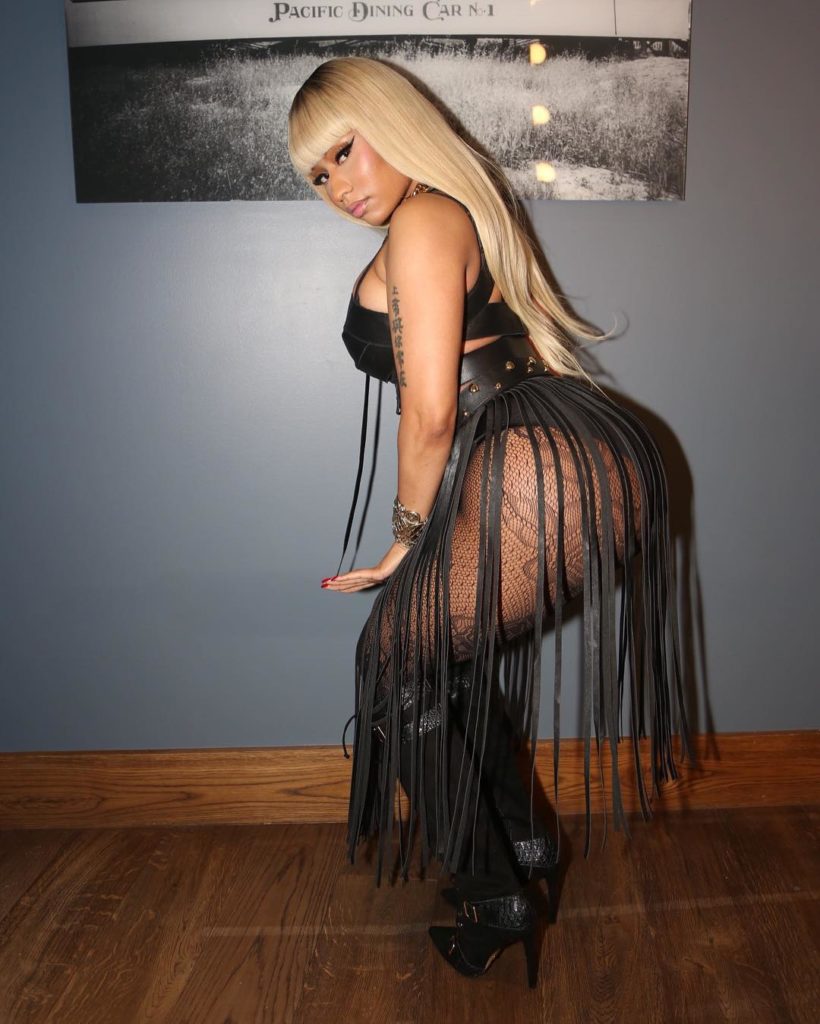