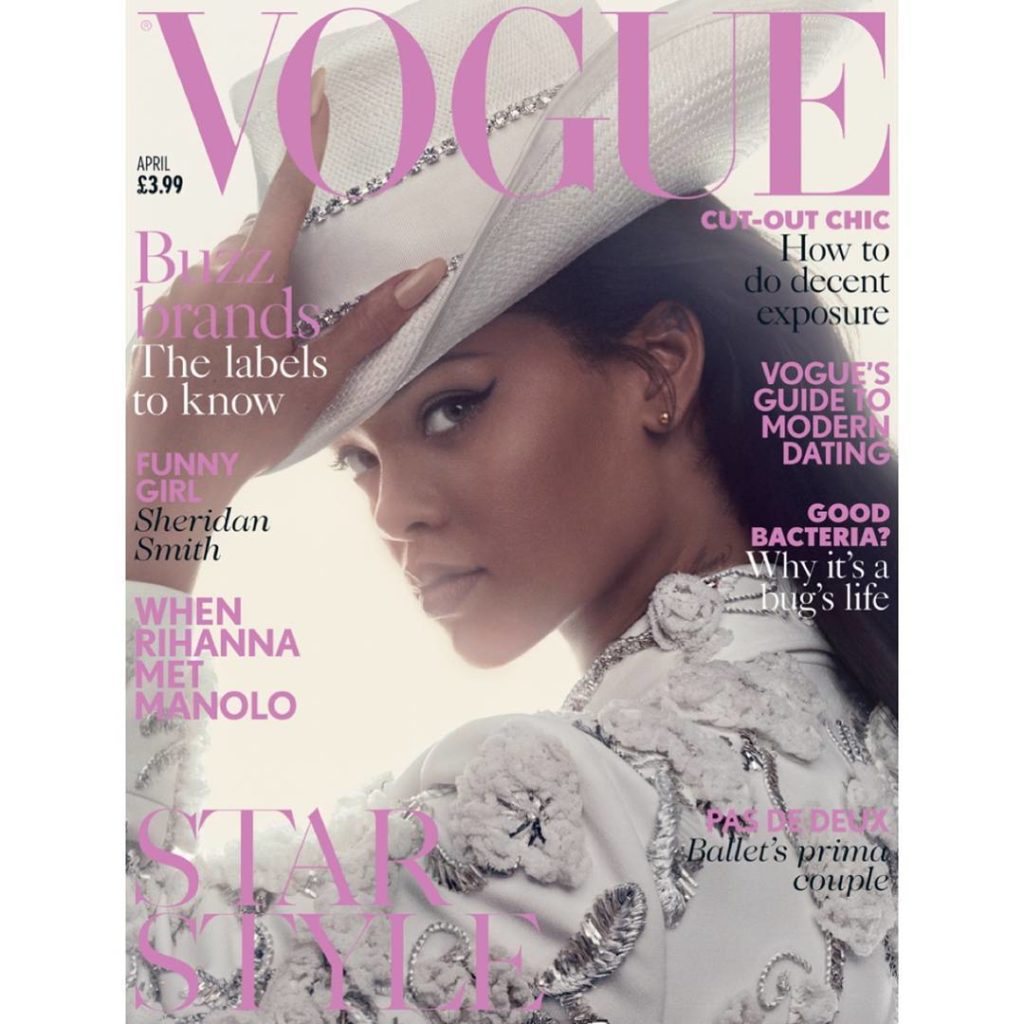 Bad Girl Riri has recovered from her recent setbacks starting with her album been leaked pre-Launch date and also the sickness that kept her out of the 58th Grammy awards 2016.

Rihanna comeback started with the Brits Awards 2016 her best and raciest Performance till date in which she twerked for Us and former flame Drake on Stage that thrilled the Celebrities in Attendance at the O2 area.

Rihanna made sure her comeback was legit as she covers British Vogue’s April issue Magazine.

The Brunette Model and Singer gushed about it on her Instagram as she captioned one of the Photos.

badgalririRead the @BritishVogue cover story at vogue.co.uk. Photography: Craig McDeanFeaturing “The 9 to 5” thigh high denim boot from the “Denim Dessert” Spring collection, an exclusive collaboration with the one and only@manoloblahnikhq 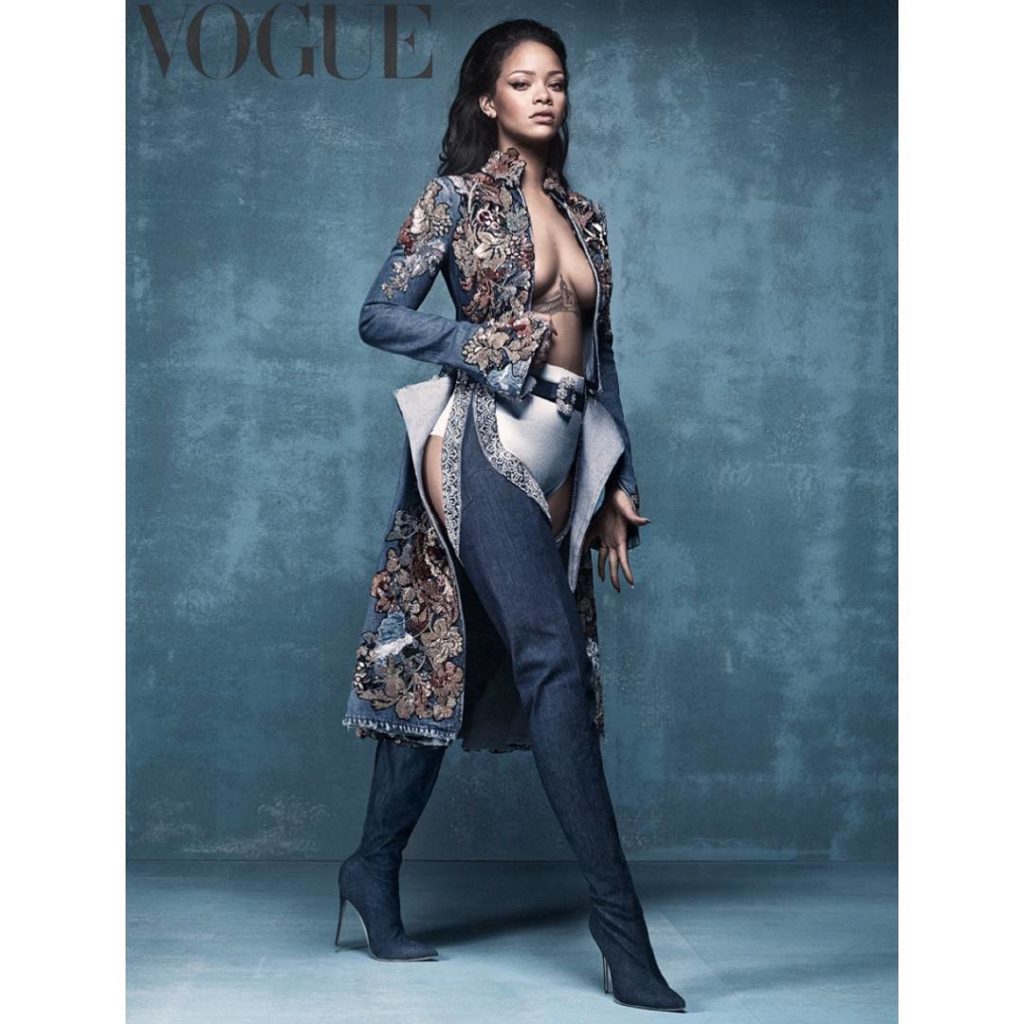