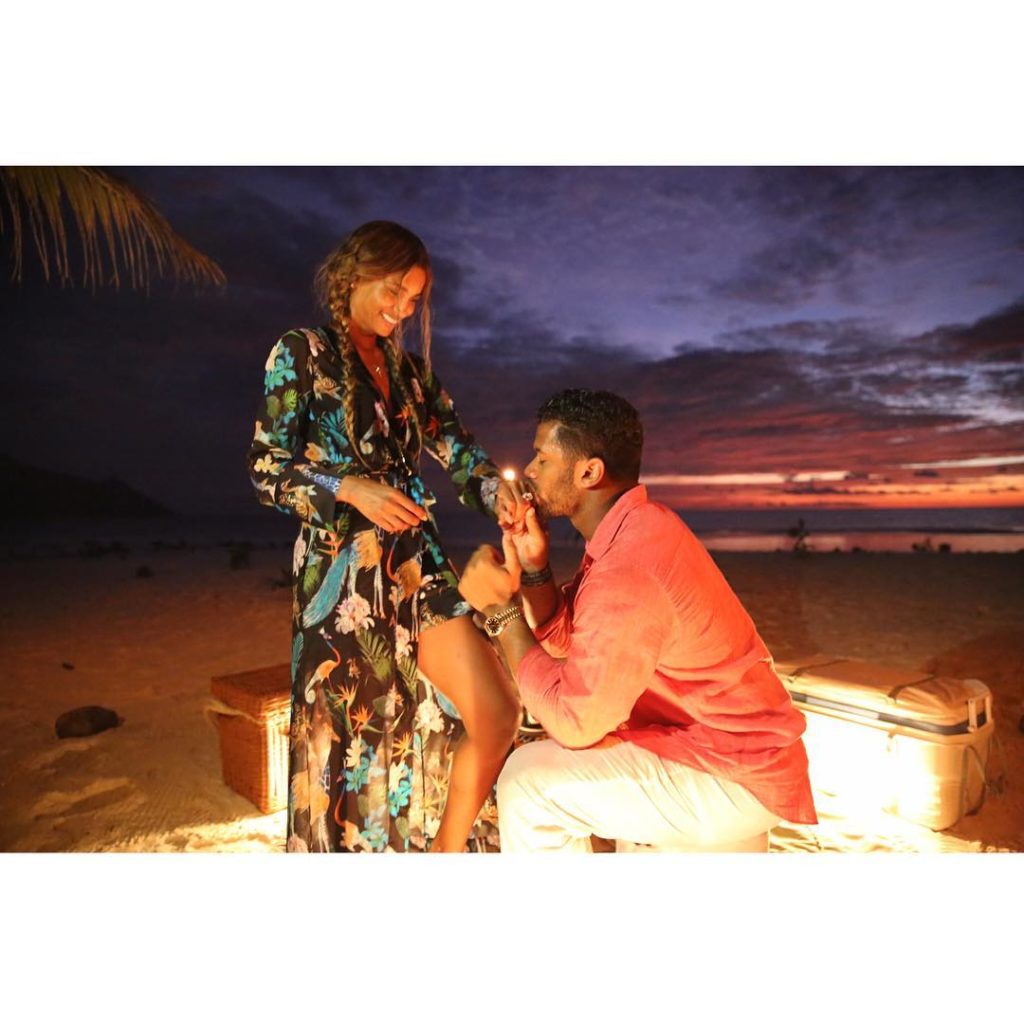 The Word ‘Joy’ is Simply defined as a feeling of great pleasure and happiness,that Feeling is what singer Ciara Got Right now as Video Evidence been Posted by Her and also By Her Bf who is now Officially Her Fiancee Proposed to her on a Beach with a $ 2 million dollar worth of Ring and a bottle of champagne while the small fire burns on.

The Grammy Award Winning singer showed off her Massive ring in a video to make the announcement.

Russell Wilson a NFL Sea-Hawk Quarterback Proposed to her yesterday March 11th 2016 after they both been dating for a Year now without sex.
The two love Birds have been abstaining from Sex for religious reasons.

dangerusswilsonShe said Yes!!! Since Day 1 I knew you were the one. No Greater feeling… #TrueLove @Ciara

ciaraGod Is So Good! I’m So Grateful For You @DangeRussWilson. You Are Truly Heaven Sent, and I’m Looking Forward To Spending Forever With You. ❤️

God Is So Good! I’m So Grateful For You @DangeRussWilson. You Are Truly Heaven Sent, and I’m Looking Forward To Spending Forever With You. ❤️
A video posted by Ciara (@ciara) on Mar 11, 2016 at 12:53pm PST