Apparently this News is not New but i just had to Post here on Creebhills after Reading it again for the Second time in two week.

So it happened that the senate President whom first of all carried out a cope d ta to become president of the senate in this Era of Democracy, unfortunately for him he lied about his assets and now under Court Injunction and his been investigated.

Now again he just bought Expensive Cars for Office use and you know the Rest.
Just Read Below:

PREMIUM TIMES had exclusively reported that the Nigerian legislative body proposed to splash about N4.7 billion on at least 400 vehicles for leaders and members of the Senate and House of Representatives.

Among the proposed vehicles were 10 top-of-the-range cars for Mr. Saraki and his official convoy.

Mr. Buhari said he had rejected a proposal for new vehicles to be purchased for him as part of 2016
budget expenditure.

“I turned down a N400 million bill for cars for the presidency, because the vehicles I am using are good enough for the next 10 years,” the president said during his first media chat.Former President Olusegun Obasanjo also wrote members of the National Assembly asking them to jettison the plan to buy official vehicles.

But the National Assembly management ignored such concerns and, finalised procurement processes for the vehicles, and indeed took delivery of them for Mr. Saraki.

At least four of the 10 vehicles meant for Mr. Saraki have already been delivered by Lanre Shittu motors and the lawmaker has since put them to use. The four cars delivered yet, and confirmed by the paper, are three Toyota Prado SUVs and one Mercedes Benz S500.

PREMIUM TIMES also confirmed that the procurement processes for the purchase of 120 Toyota Land Cruisers for the remaining 119 Senators were also concluded last December.

An estimated N4.7billion would have been spent by the time the acquisition of cars for Mr. Saraki and his 108 colleagues are completed. 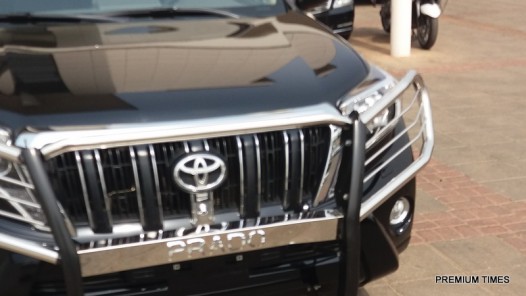 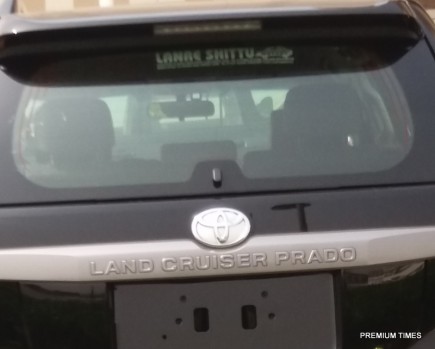 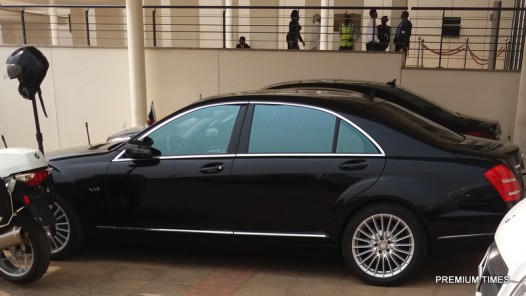