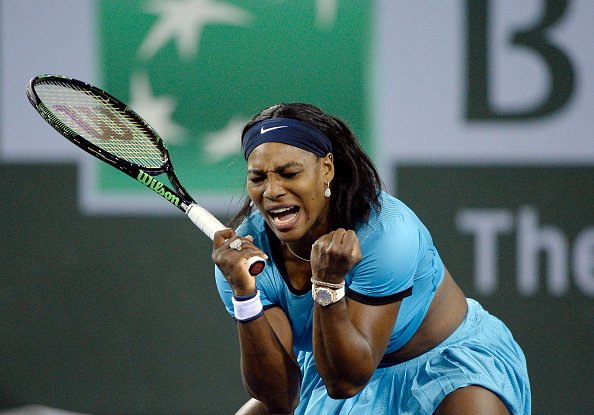 When you are called a queen, it means you are forreal, i mean for the No 1 lady in Tennis world wide to have made another final just in space of an entire month in which she lost a final weeks ago at the end of January. no better way to affirm your comeback than a final at the BNP Paribas Open at Indian Wells.

Serena Williams Reached the Final of the WTA Tournament defeating third-seeded Agnieszka Radwanska to earn a 6-4, 7-6 (1).

According to the Desert Sun:

It’s been 15 years, but Serena Williams is back in the final at the BNP Paribas Open.

Williams, the top seed, withstood a tough test from third-seeded Agnieszka Radwanska to earn a 6-4, 7-6 (1) victory in the women’s semifinal on Friday.

The win sets the stage for a Sunday final that she can only assume will be a much more pleasant atmosphere than her last final here in 2001, when boos cascaded down on the 19-year-old as she pulled out a victory over Kim Clijsters. 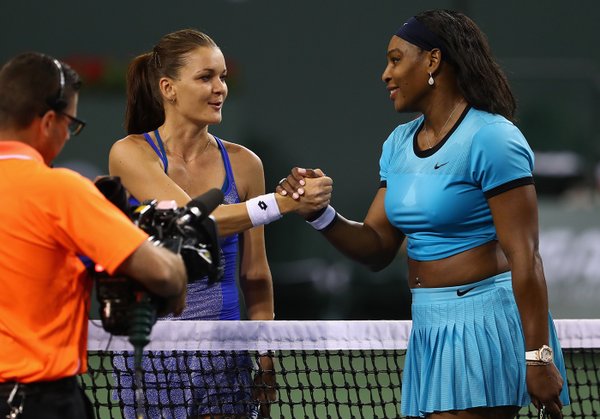 Serena has reached the semifinal now three-straight times she’s been here, but Friday night was the first time there was actually any tennis played: the fateful 2001 semifinal against Venus when her sister pulled out with an injury. And then last year, after breaking her 14-year boycott, Serena advanced to the semifinals but this time she had to pull out with an injury.

“Yeah, it’s interesting. Definitely didn’t think I would be in another final here ever,” William said Friday. “Then last year just really, really bad luck. I felt devastated that I wasn’t in the final or at least even being able to play. After the last final I had here, I never pictured myself being back. So it’s interesting feeling.”

Serena was asked what where her expections when she sets foot on the court for Sunday’s final against either Victoria Azarenka or Karolina Pliskova?

“I can only hope that it will be really positive,” she said.  “That’s all I can hope for. I would love to walk out there with everyone, you know, clapping. That’s the only thing I can hope for.”

On Friday night, as opposed to those previous two semifinals, there was actual tennis, and it was an odd match with several momentum swings.

Radwanska raced out to a 4-2 lead in the first set only to see Serena win the final four games for a 6-4 win. 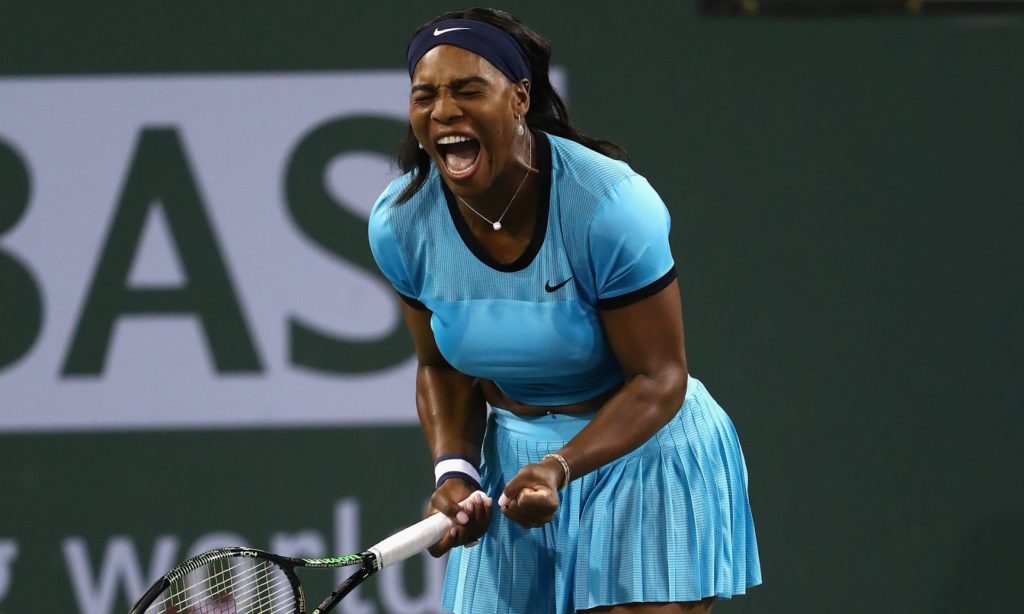 Serena stayed hot winning the first three games of the second set — that’s seven straight games — but then it was Radwanska’s turn to get rolling. Radwanska rattled off three-straight games to tie the match at 3-3. It stayed close before Radwanska broke Serena in the 11th game to take a 6-5 lead and an opportunity to serve out the set.

Serena broke back, however, including the shot of the match on break point. Radwanska hit a nice approach deep in the left corner, but Serena, though wrong-footed, reached it and ripped a crosscourt winner at a nearly impossible angle — the kind of shot only she can make.

The tiebreaker was all Serena as she won it 7-1.  It was the 10th time Serena and Radwanska have played and Serena has won them all. They also met in the semifinals at the Australian Open this year, which was a much different type of match as Serena won 6-0, 6-4. 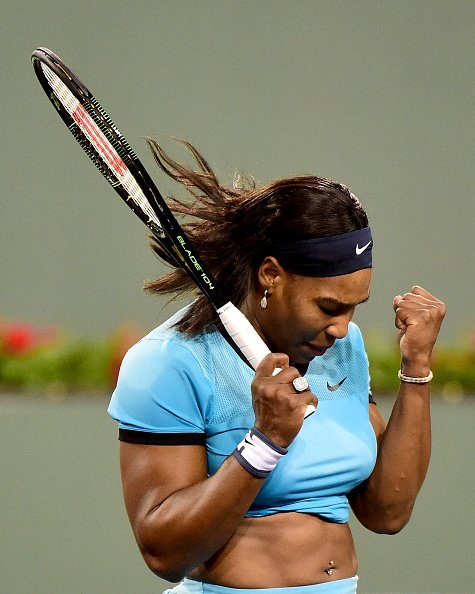 “I think it was a really good match. I think we both played very well,” Radwanska said. “In important moments she played really amazing shots. I think maybe I just didn’t really step up enough in some of the important moments that I had a chance. In the first set, I had so many break points I couldn’t even count. If you’re not taking advantage it in that kind of match against players like Serena, it ends up that way.” 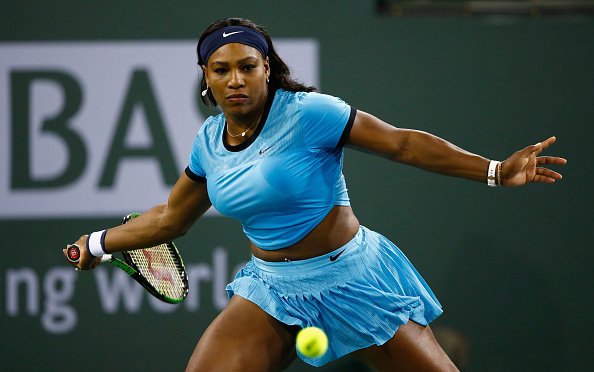 When the new WTA rankings come out on Monday, Radwanska will elevate to No. 2 due to her advancement to the semifinals.

With the win Friday, Serena breaks Martina Navratilova’s record as the oldest woman to make the finals at Indian Wells.

“Breaking any record is exciting. And, you know, especially someone like Martina’s is really cool. I guess that’s awesome to be the grandma in the tournament. I guess,” she said. 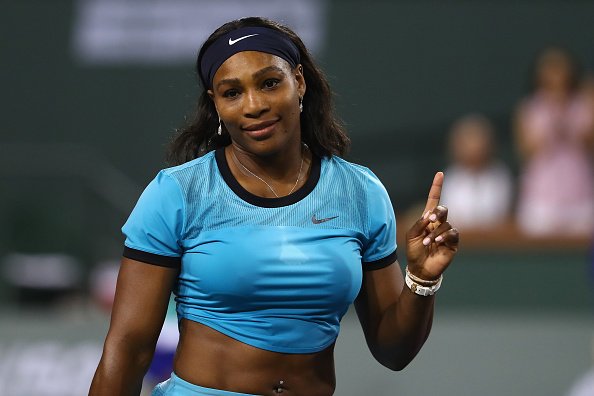 “I didn’t see myself being back here in @BNPParibasOpen final. The support has been unbelievable!” –@SerenaWilliams https://t.co/vzl0MsoLdI

Johnson Olumide - March 21, 2020 0
Singer, Kcee, has taken delivery of a brand new Prado jeep. He took to his Instagram page to share photos of himself posing with...

Violette - July 16, 2020 0
Nollywood actress and comedian, Lizzy Jay popularly known by some fans as Iya Ibadan have called out social media platform, Instagram for removing her...

Oscar winner and James Bond star, Sean Connery dies at the age of 90

Violette - October 31, 2020 0
Sean Connery, Scottish-born actor who rocketed to fame as James Bond and became one of the franchise’s most popular and enduring international stars, has...

Photos of Olamide Bado , Don Jazzy and Aliko Dangote at his Residence after...

Johnson Olumide - February 17, 2020 0
The Headies Brouhaha Launched New Campaigns of the Year, as Olamide Baddo and Mavin Boss got into some real Head to Head battle from...