Serena Williams Losses her second Straight Finals in a very emotional Game for her, Her sister and her Family after the 15-years-ago Incidence of Racial Abuse they Faced inside the Court.

Her Performance was short coming all the way from the start having too many unforced errors, losing too straight games and just losing her footwork and also not making use of any Break Points she had.

As she was committing those unforced errors Vika held on her nerves through out the game, Vika won the First Set in a much close fought game.

she  took the Set 4-6, and the second set was just far too easy has Serena went from error to error to just too much unforced errors as vika pounced and capitalized immensely  on them take the start of the second set by going 3 games ups and before u know it she was leading a set and 5-1 game up. 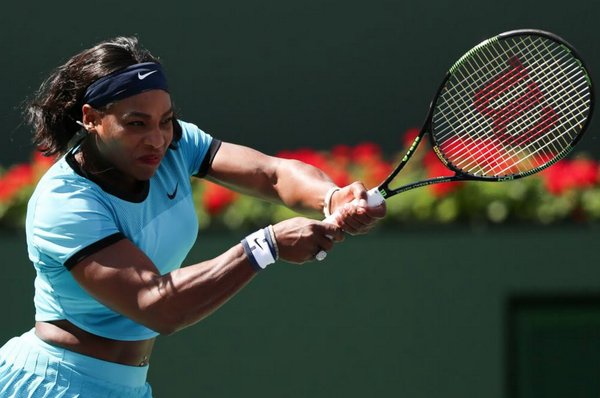 SCROLL DOWN FOR VIDEO HIGHLIGHT

But it was not going to be that easy has Serena rallied back taking 3 straight games to leave the tie at 5-4 and at that point  vika began to crack lil by lil with double faults after faults but in that moment she brought out her made of champions energy coming back from a 30-0 to a 30-30 and then unto a 40-40 deuce, she took ad and her last serve was just all she needed as Serena’s return was Out and Yes she made it, game set and Match
winning 6-4, 6-4. what a game , congrats to her and enjoy the moment.


Williams, 33 unforced errors to 22 winners is a real turn up.

With this win she enters back into the top 10 in women ranking and goes home with over $1 million dollars Price money.

In her Post Match Speech Serena had this to say, an answer Probably for many questions on the mind of Spectators who came to watch her loss:


Serena addresses the crowd, and she’s visibly and audibly emotional. Thank you for the support,” Serena says to the crowd after receiving the runner’s-up trophy. “It was really hard, the last moment I had here wasn’t the greatest moment, so thank you so much. Thank you so much for the cheers, I can’t even begin to tell you what it means.” She pauses to congratulate Vika. “I’m just so happy to be here again.

While Vika in her Acceptance speech was so modest about it giving lots of compliments to the acclaimed Tennis Legend who has 21 grand Slams to make a Statement.

Victoria Azarenka said; looking  very emotional. “Where do I start? I’m a little bit nervous, but I wanted to address a personal thank you to Serena … I know how hard it was for you to come here … it’s truly inspiring, you have changed our game. If it wasn’t for you, and seeing how hard you work, I wouldn’t be so motivated.”

Johnson Olumide - February 17, 2020 0
The LFP Player of the Month and also the First Fc Barcelona Player to Scoop the Award has been declared unfit to player in Today's Barcelona...

Violette - December 31, 2019 0
Reality star, Natacha Ibinabo Akide popularly known as Tacha has annouced the end of her managerial relationship with Teebillz. Recall that Tacha was signed under...

Johnson Olumide - March 29, 2018 0
Popular Nigerian blogger, Linda Ikeji, is finally off the market as she got engaged to her ex-boyfriend on Wednesday. Her sister, Sandra Ikeji broke the...

Actress Etinosa Slams Duncan Mighty for Calling Her Out Over Her Recent Benz Gift...

Violette - December 6, 2019 0
Nollywood actress, Etinosa Idemudia has fires back singer Duncan Mighty who called her out over the Benz Gift she received from a fan in...