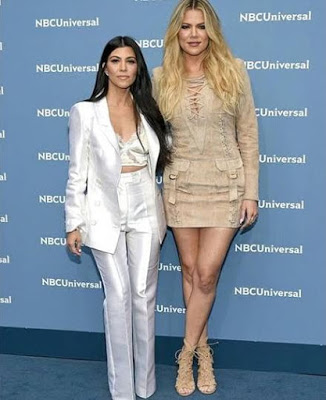 This Two Kardashian have been having the fun of their life has they had over the Weekend been seen attending Beyonce’s Concert in LA where Khloe wore a show stopping See-through Tight Black jumpsuit display of her Rear Asset.

Well they just cant stop and this week both Kourtney and her Sister Khloe were also spotted arriving at the New York City NBC universal Upfront.

So many Paparazzi were on ground taking shots after Shots as both ladies walk in Pressing their Smartphones and also smiling for the Cameras.

While Khloe on the Hand who a Creamish Brown Short Dress over strapy Sandals of the same color as her dress, featured along with her blonde hair Style. 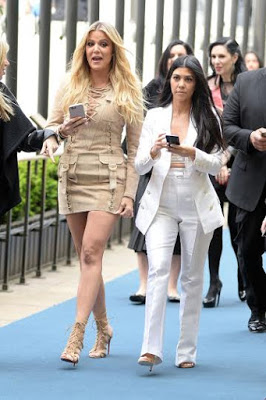 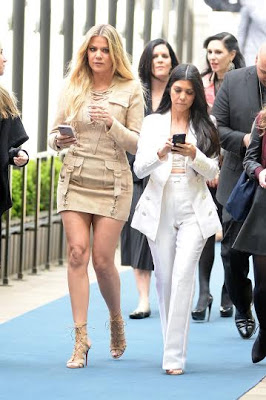 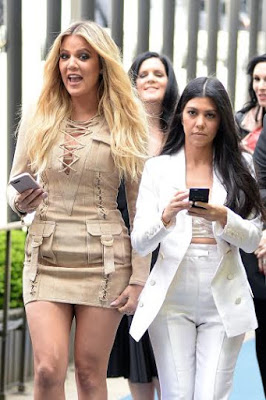 Johnson Olumide - June 29, 2019 0
Nigerian Student-athlete, Oluwatoni Onikeku, 20, a student of the University of Massachusetts, Lowell,passed away on Sunday July 12th while swimming with friends in the...

Violette - July 2, 2019 0
Game of thrones stars, Kit Harington and Rose Leslie tied the knot on Saturday in Aberdeen, Scotland after many years of dating. CNN reports that...

Johnson Olumide - July 14, 2019 0
Chen Emmanuel is a gospel Singer/songwriter and the music director for the GraceBound Crew. The Gracebound crew was envisioned on February 2016 and since then been...

Adedokun Moses - January 6, 2021 0
Fast-rising Nigerian singer and songwriter Bella Shmurda has been caught in a bizarre situation as he performs while under the influence of alcohol at...

‘I Graduated On The Street Of Hustle’ – Singer Idowest Gives Prof. Wole Soyinka...

Adedokun Moses - November 12, 2019 0
Nigeria singer and rapper, Idowest has given a shocking reply to the question of one of the most respected personality in Nigeria, Prof. Wole...