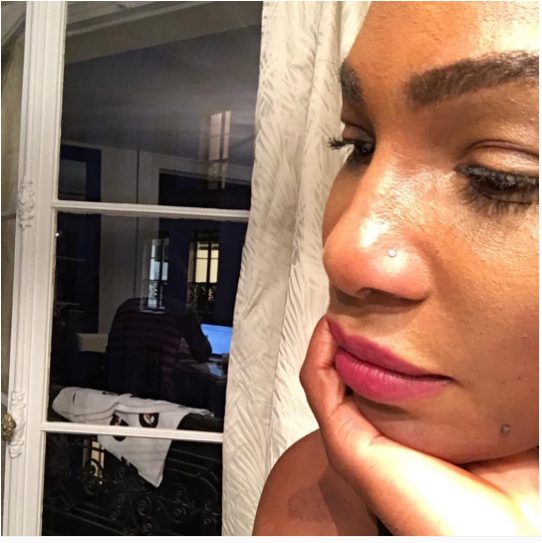 The 21 times grand Slam tennis Champion is currently in Paris Preparing for the Start of the 2016 French Open also called Roland Garros.

Serena Won the Clay Court Grand Slam title Last year while she was sick and this year would be hoping she retains it.

She had also last weekend won her 70th WTA title when she defeated fellow American Madison Keys at the Final of the Italian open making it her fourth Italian Open as she also becomes the Fifth Tennis Player in History to achieve such a Feat.
Serena Said in her Post Match Conference :

I have tried to defend there once, twice, three times before, Williams said of the Paris Grand Slam.

It didn’t quite work so well. But this year is different. I’m going to definitely go in there and I feel more calm and I don’t feel stress to have to win.

I feel like I just am happy to be out here.

We thought you were the humble billionaire – Nkechi Blessing shade Kiddwaya over comments...

Violette - September 16, 2020 0
Curvy and endowed Nollywood actress, Nkechi Blessing Sunday have shown how far she's ready to go when it comes to supporting Laycon as she...

Kanye gets tattoos of his mum & North’s birth-dates, Grabs Kim K’s butt and...

Johnson Olumide - December 20, 2019 0
The Yezuz singer visited a tattoo shop and took a tattoo on his two hands and to a side of his head for his...

Johnson Olumide - July 15, 2020 0
First baby mama of the Nigerian musician Davido, Sophia Momodu took to her Instagram handle to share beautiful pictures of herself, by rocking a...