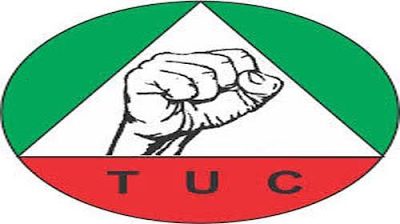 The Trade Union along with the NLC and other paramount offices had a meeting with the Federal Government last night and as at this morning pulled out of the initial strike slated for today as announced by the NLC leader  Ayuba Wabba.

Electricity workers, NUPENG and PENGASSAN have already signified they will not be participating in the proposed strike action.

#BBNaija: “I am attracted to Maria’s personality, not Maria herself” – Whitemoney (Video)

Violette - August 25, 2021 0
Big Brother Naija season six housemate, Whitemoney has finally opened up on how he feels about Maria who seems to have become his rival...

My Influencing Pay for 3 months is what your favorites are signing for one...

Johnson Olumide - January 3, 2022 0
Reality Star, Queen earlier this morning took to her social media to subtly shade some of her mates who were busy signing shady deals...

Violette - November 10, 2019 0
The lady who allege Nigeria singer and songwriter Davido of Impregnating her has deny what she said noting that she was just joking. Davido who...

Davido’s Bodyguard shoves an airport official who attempted to take a photo with the...

Ifeoma Ngozichukwu - October 11, 2021 0
An airport official who is a die-hard fan of the Superstar, Davido attempted to take a photo with the singer while he was trying...

Violette - February 1, 2021 0
Talented Nigerian comedian and actor Ayo Makun popularly known as AY has taken to social media to pen an heartfelt message to celebrate his...