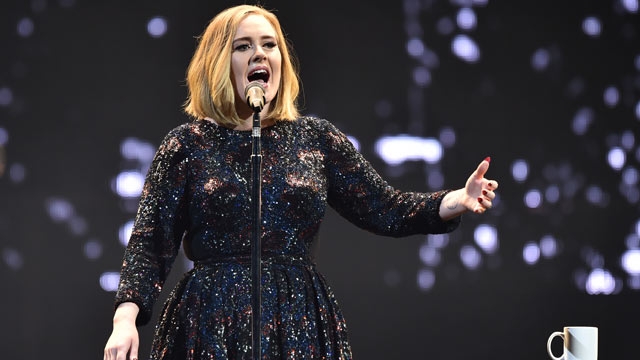 As the entire world mourns the Tragic Loss of about 50 people s the highest no of casualties from domestic Terrorism ever experienced in the United states.

British singer, Adele joins in as she dedicated her Sunday, June 12, concert in Antwerp, Belgium, to the victims of the fatal shooting at a gay nightclub in Orlando, which occurred earlier that same day.

I’d like to start tonight by dedicating this entire show to everybody in Orlando and Pulse nightclub,” the “Hello” singer, 28, told the crowd as her eyes welled up with tears.

“The LGBTQA community, they’re like my soulmates since I was really young, so I’m really moved by it.

Johnson Olumide - January 2, 2020 0
Model and singer Deborah Vanessa a.k a Sister Derby has announced a release of EP titled “The African Mermaid” very soon. She made this announcement...

Johnson Olumide - March 21, 2020 0
DMW boss moments ago took to his insta-story to shower praises on his song baby mama, Amada whom is based outside Nigeria. According to the...

Violette - November 4, 2020 0
Nigeria top talents in the entertainment industry and sport industry have been recognised for their great work as they top the List Of 100...