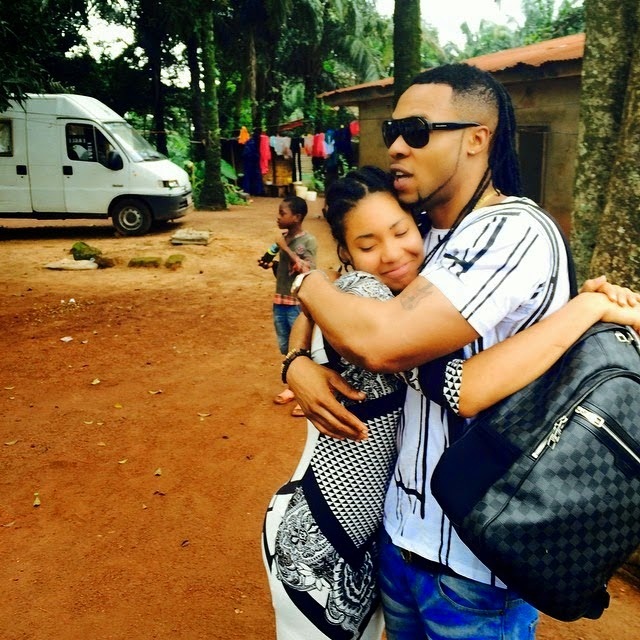 The 21-year-old former MBGN  who happened to be one of Flavor’s baby mama in an exclusive interview with SDK blog revealed some shocking as regards relationship between her and the Music Star.
She said her and the Wake up Crooner are done for good.

“For now, I think marriage could be a distraction for me,” the singer had said.


“First of all, Flavour and I are no longer together. Secondly, my post has/had nothing to do with flavour. It was just a beautiful write up that made sense to me and i decided to share it with my fans.  made this decision recently. I spoke to myself and decided it was time to move on and focus on my future and career, she stated.

She went further to explain that she was unaware that the “Ashawo” crooner had gotten Sandra Okagbue pregnant until it was too late.

“I never knew flavour was with another woman while we were dating. We started dating way before ‘Golibe was composed’. He never mentioned/admitted he had any relationship ties with anyone even after rumour had it that he was dating someone else and she was even pregnant for him. I believed him”


I confronted him again when i heard she had put to bed and it seemed true. He accepted after much talk but unfortunately i was already pregnant ,never knew i was pregnant until i was one month gone. What was i supposed to do? Take out my precious child? Hell no.I believe God sent her to me for a reason.


I never decided to become a baby mama, I just fell in love. I fell in love and got pregnant unexpectedly for the man I loved. I had never gotten pregnant before and i was scared of abortion.

I decided to keep my baby no matter what ,i never tried to hold a man down or force marriage on anyone with my pregnancy. You know in life, the hardest decisions always turn out beautiful. I don’t regret keeping my baby one bit. She is my greatest achievement in life so far. I fall in love with her every second of the day.

She concluded the interview noting that “Love is pain but there is a limit to pain and i choose to walk free.thank you and have a good week”