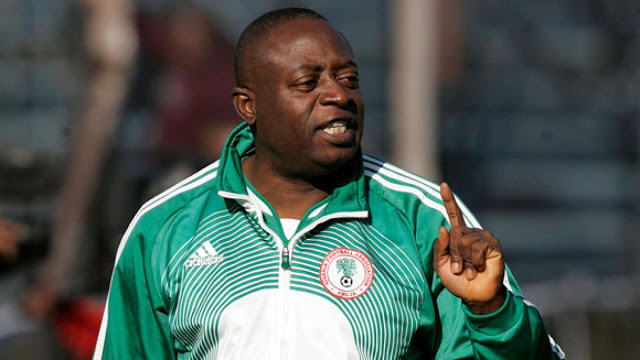 “NFF Technical Director, Amodu Shuaibu has died at the age of 58.The four – time Coach of the Super Eagles complained of chest pains on Friday night and died in his sleep. RIPAmodu Shuaibu’s death comes three days after that of former Super Eagles Captain and Coach, Stephen Keshi.”

He has since been Buried on saturday afternoon according the customs of the Muslim a religion he practises.

Nigerian Singer, Peter Okoye reveals his conversation with his Daughter

Violette - November 1, 2021 0
Popular Nigerian singer Peter Okoye popular known as Mr. P has revealed his conversation with his daughter. In a post that describes the intimacy his...

Violette - February 4, 2020 0
American singer and rapper, Nicki Minaj has set to social media world on fire as she released the snippet for her single titled Yikes. The...

Violette - May 12, 2020 0
American rapper Willie Maxwell known professionally as Fetty Wap has been arrested for beating up a servant who performs personal services for customers at...

Nicole Scherzinger shows off her busty Ample Assets as she struggles to contain her...

Johnson Olumide - February 14, 2021 0
The former Pussycat Dolls lead singer has been having a Great year although not a great relationship life as she has moved from bf...