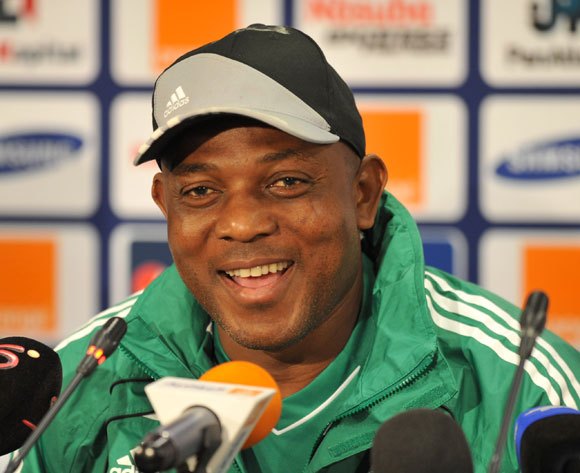 The former super eagles coach as been confirmed dead by sources close to the family.

Keshi  was a former eagles captain back in the late 90’s and become the first African coach to win the nations cup for Nigeria some few year ago. before bee appointed Nigerian coach he coached the Togolese national team.

He was known as the big boss and always had a big small on him,before his passing away he had lost his wife  of 33-years to cancer late last year.

The Cause of his death has no been confirmed as close friends whose name was withheld said :

He was not Ill all, never showed any signs of Illness but we suspect he never got over the death f his Wife.

Keshi passed Away aged 54, May his soul Rest in Perfect Peace.Amen.