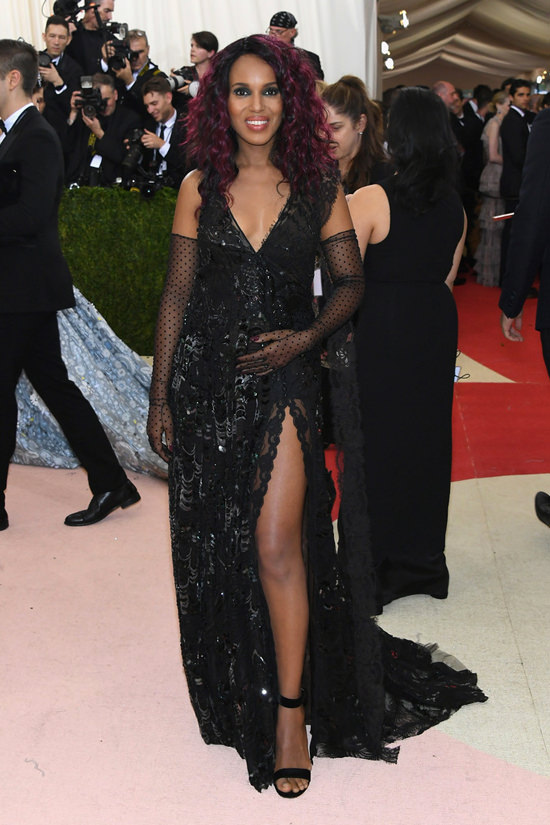 The 39-year-old actress who is married to a Nigerian NFL Player and also gave birth to a baby girl early last year revealed that before she landed the ABC’s Hit Drama Scandal many Several Television Projects let her go for not fulling the Stereotype of Black women.


READ ALSO:  Serena Williams shares Photo of a cuisine she missed from France

“Before Scandal, I was actually cast in two other pilots. Both went to series, but I was fired and recast,” the 39-year-old actress recently revealed during Variety’s Actors on Actors series, where she was joined by Master of None’s Aziz Ansari.


“For both, it was because they wanted me to sound more ‘girlfriend,’ more like ‘hood,’ more ‘urban,’” she explained.

“I’ve had friends of mine say they’re tired of ‘gayface’ and I was like, ‘What’s gayface?’ They were like, ‘It’s the gay version of blackface. Like, come in and be more effeminate,’” she recalled pals telling her.

Ansari chimed in with his own stories of casting stereotypes, saying he’s found out after the fact that he booked certain roles because they were looking for a specific look. The actor and comedian even addressed the issue in an episode of Master of None.

“A lot of other minority actors have told me, ‘Oh, this so rings a bell,’ when you go into an audition room and you see a bunch of people that look like you and you just start feeling like, ‘Oh, I’m not here [for me]. I’m here because I fit what looks like the person they want in here,’” the former Parks and Recreation star said.

Kerry recently attended the Met Gala 2016 and from the looks of things, she is pregnant with baby no 2.

Johnson Olumide - November 7, 2018 0
Barely 24 hours after news reports had it that the Nigerian President , Buhari had endorsed the Minimum wage of N30,000 presented by the Tripartite...

I don’t owe my success to BBNaija – Bisola Aiyeola

Johnson Olumide - September 7, 2018 0
Big Brother Naija star, Bisola Aiyeola, has said she doesn’t owe her success in the entertainment industry to the BBNaija show. Rather, it is...

Johnson Olumide - January 25, 2018 0
So, the organizers of Big Brother Naija brought the season 2 housemates for a reunion show, and it’s been apparently, fun to watch. SCROLL DOWN...

Johnson Olumide - April 1, 2021 0
Images are the aesthetically appealing part of the online world. People love to adorn their blogs and websites with these massively important and splendid...

‘I Was Never Called Pretty’, but was mocked repeatedly – Singer Lami Philips

Johnson Olumide - April 11, 2019 0
Nigerian upcoming female singer, Lami Philips shared some dark times while she was growing up as a Kid. In her post via her Instagram page,...