Home News Senate President BUKOLA SARAKI REVEALED -I AM NOT SCARED OF GOING TO... 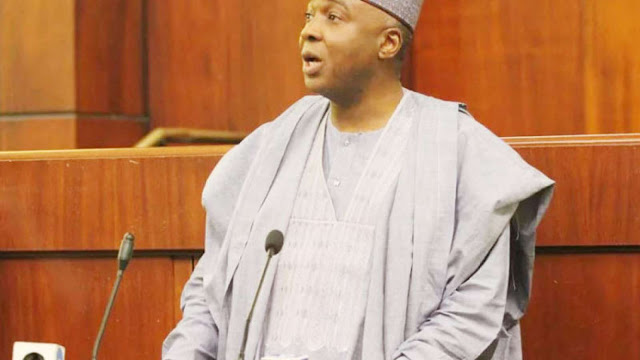 The Embattled President of the Senate of the Federal Republic Of Nigeria has issued a warning statement that he is not afraid of doing jail term.

The Kwara state born Politician has been under Corruption Investigation by the Judiciary over Lying about his Property Possession and its worth coupled with other charges brought against him.

he further revealed that there are people in the Buhari Lead Administration whom are so powerful they control the President himself through selfish agenda and using executives has a means of achieving their plans.

in a official statement made exclusive to daily post  Nigeria, Saraki says:

This is a cross I am prepared to carry. If yielding to the nefarious agenda of a few individuals who are bent in undermining our democracy and destabilizing the Federal government to satisfy their selfish interests is the alternative to losing my personal freedom, let the doors of jails be thrown open and I shall be a happy guest.”

Adding that “I will remain true and committed to the responsibilities that my citizenship and my office impose on me. Without doubt, the highest of those responsibilities is the steadfast refusal to surrender to the subversion of our democracy and the desecration of the Senate.”
The Senate President also said he will continue to rise above the persecutions and distractions.

Saraki also said “Let it be abundantly clear, both as a citizen and as a foremost Legislator, I will continue to rise above all the persecution and distraction that have been visited on me. In the words of Martin Luther King Junior, “the ultimate measure of a man is not where he stands in moments of comfort and convenience, but where he stands at a time of challenge and controversy.”

The Chief Whip of the Senate, Professor Olusola Adeyeye, has said that it would be impossible to remove Senate President, Bukola Saraki.
Adeyeye also confirmed that the Senate standing order was tampered with.