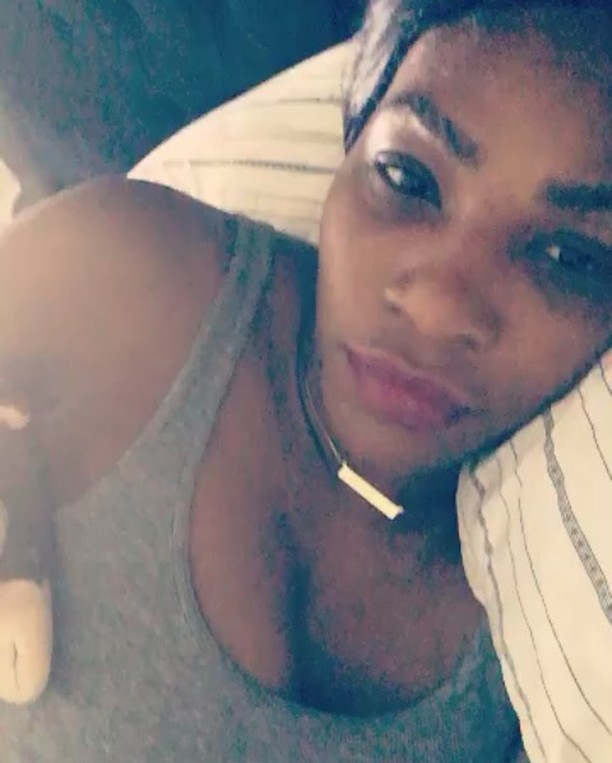 The 34-year-old Tennis Queen had a blast on Monday Night after hanging out with Friends and celebrities from different works of life at the after party of her World Documentary Premiere which took place in New York City.

Serena captioned the Video serenawilliamsWaking up with Chip ?
one can definitely see she still had her lipsticks on and some eye lashes makeup scattered around her face.

I don’t know why the emotions were different, but they were definitely different. But I was really pissed and I was angry, and in fact I left my rackets in France.

She told the media on Monday night that she was pissed at her self  for losing the French Open Final and while seating with Vogue Magazine Editor,  Anna Wintour she told her :

Something came over me and I became peaceful and calm. And I’m sitting next to Anna Wintour right now, and I just told her, I wish Wimbledon was tomorrow, I’m so ready to play.