The 21 times Grand Slam Winner sure do know how to slay at 30 plus age and really giving Ladies in their twenties a hard  big run for their Money.


serenawilliamsExcited to announce I’m on the July cover of @glamourmag! Read my interview on glamour.com now!!! (link in bio) ?#normanjeanroy

In her question and answer for the Magazine, Williams Address the Public Opinion of her former flame Drake, after they blamed him for her loss at the US Open Semi-final Loss to Robert Vinci of Italy at the Us Open 2015 although she is also rumored to be Dating Alexis Ohanian, the co-founder of Reddit.  she also talked about having Kids and settling into a family when she is more matured for it.

“That’s something I’ve always wanted since as long as I could remember,” Williams stresses. And the older I get, the more I’m like, ‘I’m too young!’ I was just joking with [older sister] Venus about this yesterday and saying, ‘I’m far too young!’ Hopefully I’ll be able to mature one of these days, get serious, and at least have them pretty fast.”

Serena would be 35-year-old come September 27th 2016, but there seems to be no slowing down for her, as she is also competing for gold at the 2016 Olympics in Rio De Janeiro Brazil this Year.

“Who says that your thirties is when you’re supposed to be done? I would like to know who made that rule!” she says. “I was talking to my mom one time, like, ‘Gosh, I’m 30.’ And she’s like, ‘In your thirties you’re even stronger than in your twenties.’I didn’t believe her, but I have played better in my thirties. And I played pretty well in my twenties, don’t get me wrong! But my consistency is better, my momentum is better, my wins are quicker.”

In her Response to Sexism, after a twitter handler last year called her a man when she won Wimbledon her  3rd straight Grand Slam in 2015, she says:

“These sports have a lot of work to do,” Williams acknowledges. “And I really hope that I can be helpful in that journey because I do believe that women deserve the same pay. We work just as hard as men do. I’ve been working, playing tennis, since I was three years old. And to be paid less just because of my sex — it doesn’t seem fair.”

“Will I have to explain to my daughter that her brother is gonna make more money doing the exact same job because he’s a man?” she adds. “If they both played sports since they were three years old, they both worked just as hard, but because he’s a boy, they’re gonna give him more money? Like, how am I gonna explain that to her? In tennis we’ve had great pioneers that paved the way — including Venus, who fought so hard for Wimbledon to pay women the same prize money they pay men, and Billie Jean King, who is one of the main reasons Title IX exists.”

Taking Charge of her Life, in regards to the internet rumors that  her former flame Drake was to be blamed for loss at the US-Open Semi Final Last year, Serena said:


“I don’t think that was fair,” she comments. “I’m the one who’s playing, who’s making mistakes or making winners. I’m not one to blame anyone else for anything. And I don’t think anyone else should either. I played a really good opponent that day. And I wasn’t at my best.” 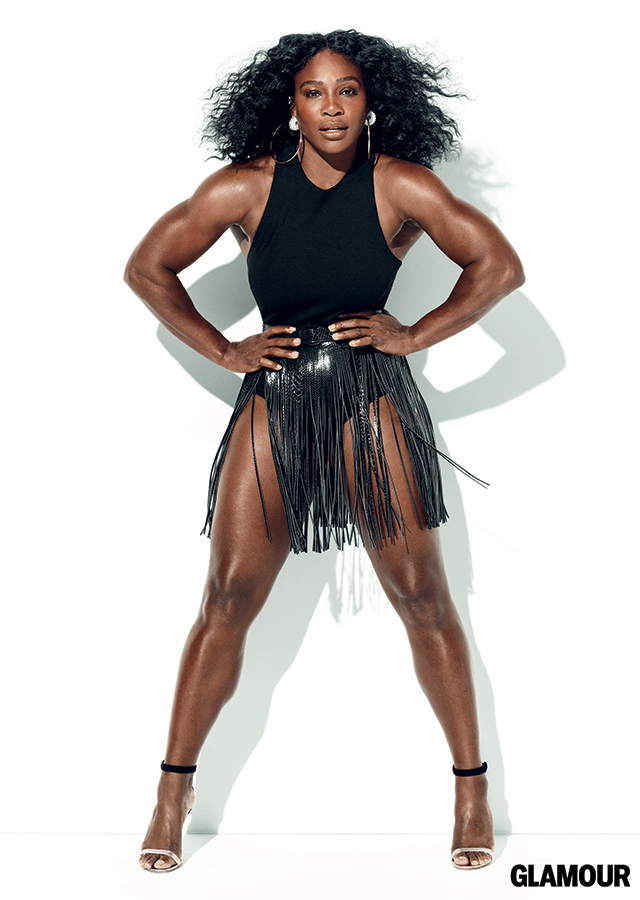