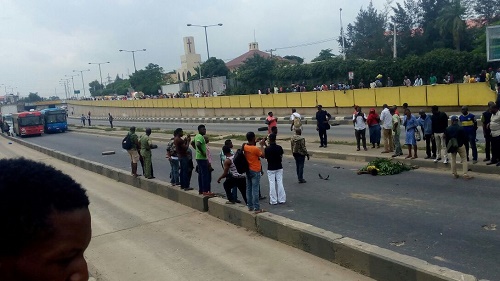 The Day must have been Bright for many People Living in the Lagos Metropolis as both formal, non formal and Formal Citizen Move Out of their comfort zones into the City Life in a daily Pursuit of Happiness.

Today was a Black Wednesday for an Informal Citizen who never Knew he would not Return Home today as he was Crushed to death instantly as he ran into an oncoming BRT Bus. 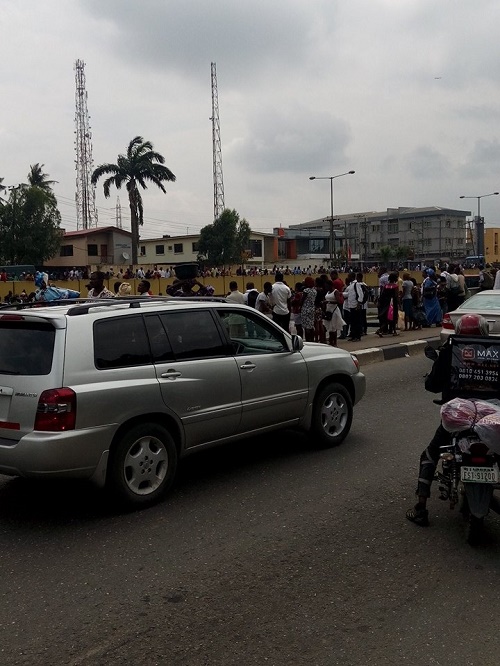 According to the Independent News paper and Eye Witness Report, the sad incidence took place at Maryland Independence Tunnel in Lagos, as it was reported Official of the Lagos State Government KIA (Kick against Indiscipline )arrived the Area to carry out their daily routine which is to clean up Lagos of Street Hawkers who encroach the Highways plying their trades. 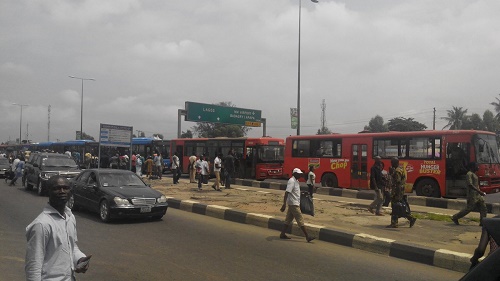 In the Process of doing so, One of the male hawkers ran into the BRT lane, near Idioroko bus-stop, Maryland, Lagos, in an attempt to escape from the wrath of the KAI official when he was crushed to death by an on-coming BRT bus.

This immediately lead to chaos as passer by were enraged in anger  and the situation gave room to Lagos Misfits called the Area Boys or Agbero as they are populary Know took advanatge of the situation to vandalize blue BRT busses plying the Ikorodu road, even as some BRT buses from various parts of Lagos had to disappear from the streets.


Several people have been critically injured following the protest, which caught the police unaware.The police are now trying to calm the situation. 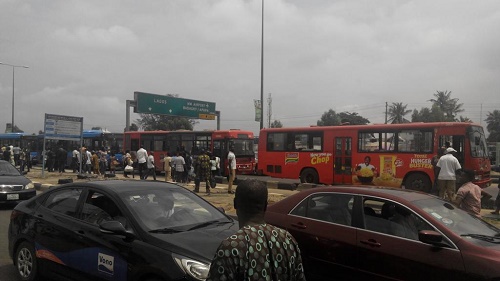