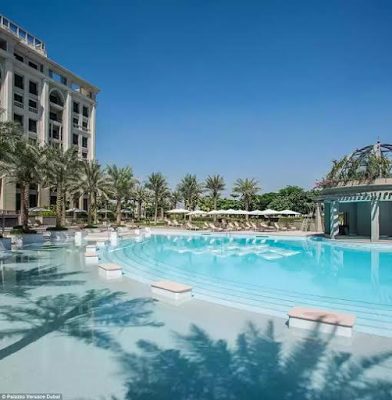 The Versace Groups are Known for their exquisite Fashion collections and Designs all over the world and now they have branched into Resort Planning as they officially Launched their Luxury Resort in Dubai.

No better place to make Millions on such an Investment rather than Dubai itself which has been tagged see the Glorious Desert and Live. 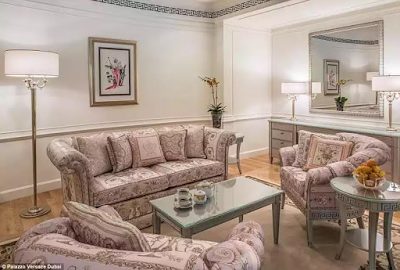 according to online reports,the Five Star Palazzo Versace Dubai was designed to look like the 16th Century Italian Palace with subtle traces of Arabian architecture and vaulted ceilings hand-detailed in gold.

Below are some of its Specs contained in the Breathtaking Architecture master piece sitting in the Heart of the Middle East:

The opulent hotel named boasts 215 rooms and suites all of which were designed by Donatella, a top-floor, two-bedroom duplex imperial suite with a private terrace, pool, Jacuzzi and skyline views. 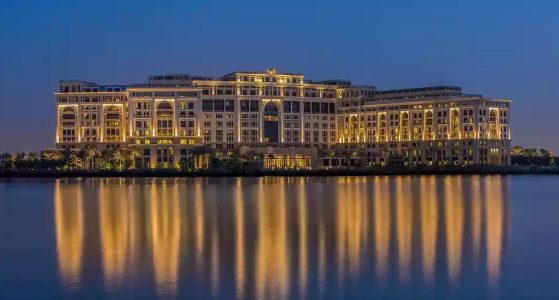 Guests can indulge in fine dining in one of the eight restaurants and bars in the hotel.

There are seven categories of accommodation with deluxe rooms starting at £430.
The hotel is still in its soft-launch period and isn’t set to be unveiled officially until the end of this year. 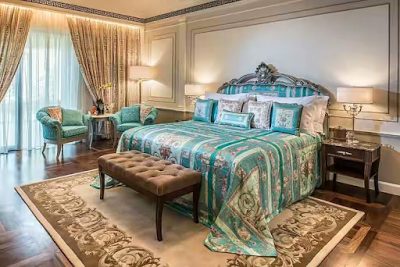 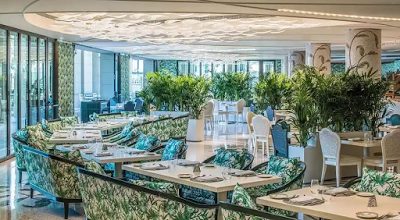 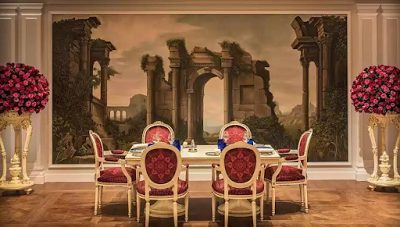 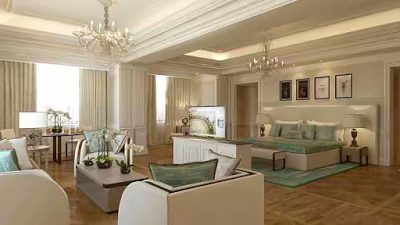 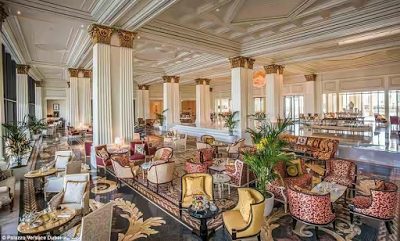 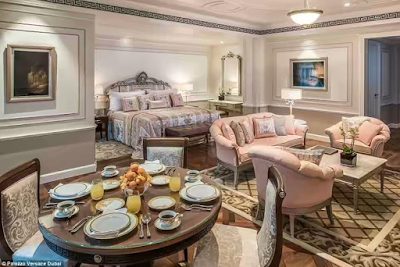 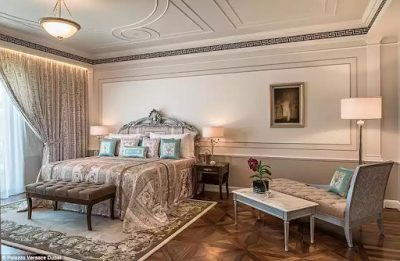