Home News Femi Fani Kayode Joyous as he holds his son again after 2...

The embattled former Director on media to Past President Jonathan 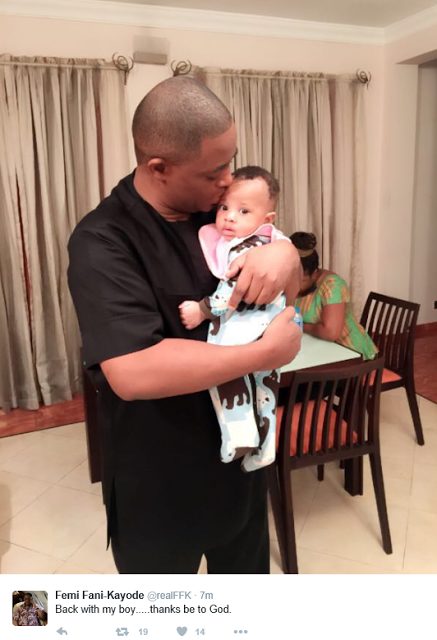 Ebele and also Former Aviation Minister was in a joyous mood after holding his beautiful New son in his hands for the first time in two months.

Bak with my Boy, Thanks to God

Fani kayode was invited to the Office of the EFCC in lagos for Questioning and was hence detained there since May 9th 2016 until his bail Yesterday 14th July 2016.