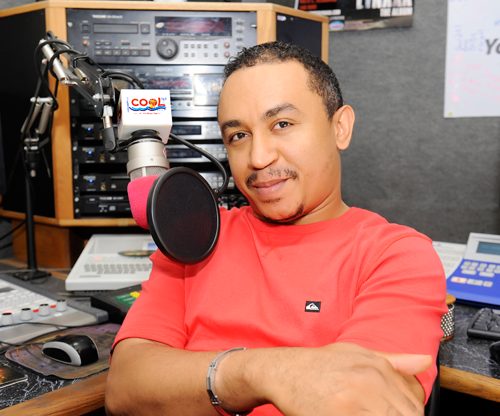 As Reported by Nigeria’s Popular Blog called Miss Petite has it that the Cool FM OAP  Freeze had been sacked due reasons that are obvious.

Popular on air personality Ifedayo Olarinde, better known as Freeze, has been fired by Cool FM.A source told Miss petite Nigeria , this was a result of his last controversial post where he shared a photo cuddling ace comedian  Basketmouth’s wife whom he referred to as an old family friend ..

According to my reliable source, Basketmouth who didn’t react publicly was instrumental to his sack and at the moment, Freeze is begging his employers to reconsider .
He has since deleted the post about Basketmouth’s wife but apparently, the damage had been done as many found the post distasteful despite his long standing public beef with the comedian.

Freeze joined the radio station in 2001..Let’s hope the management has a change of heart.