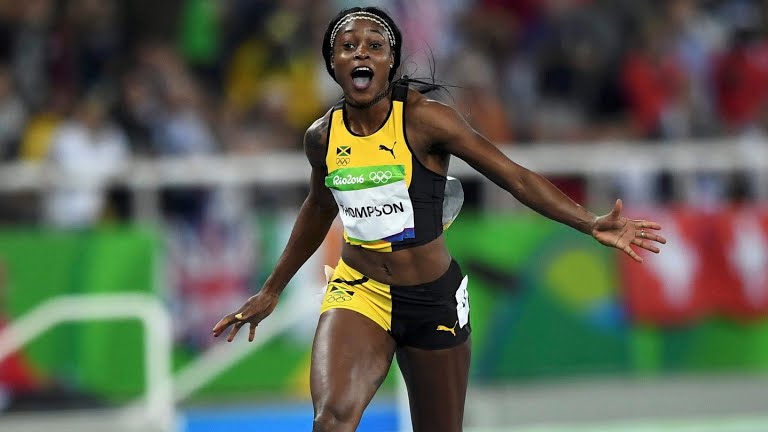 The 24-year-old raised the Bar standards high yesterday at the Rio Olympics as she cruised to the Finish line in the women’s 100 m Final in a record 10.71s to win gold and beat fellow  Jamaican and former  Gold winner Shelly-Ann Fraser-Pryce which also denied her the bid for a third Straight Title.

According to Associated Press:

All eyes were on two-time defending champion Shelly-Ann Fraser-Pryce. But it was fellow Jamaican Elaine Thompson who ran away with gold in the 100 meters. 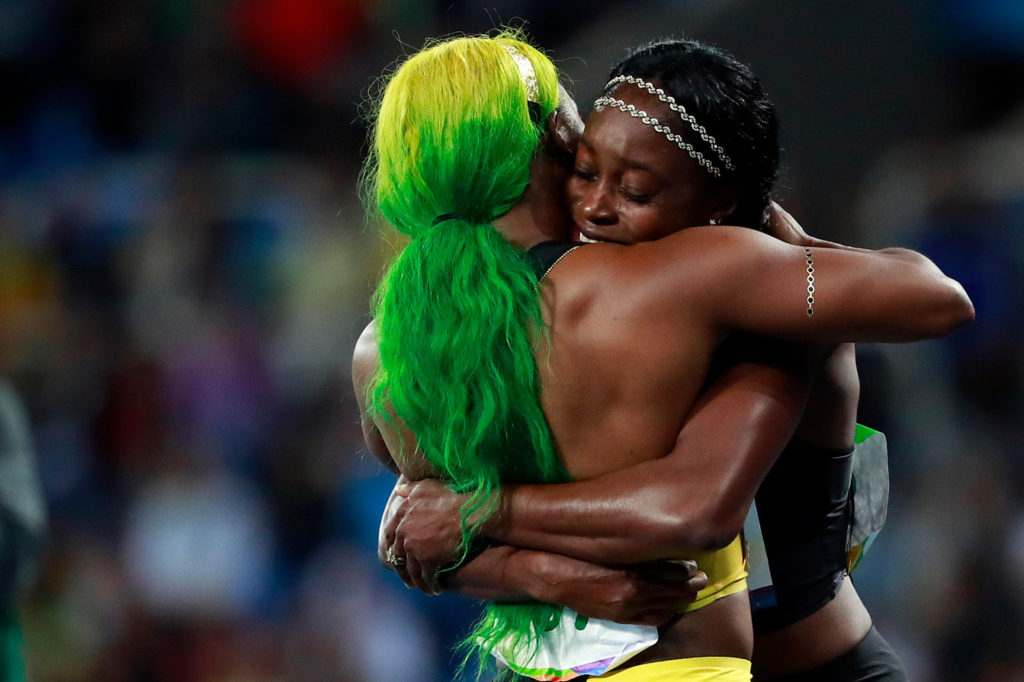 Though Fraser-Pryce may have been first out of the blocks Saturday, Thompson powered through for the title in 10.71 seconds. American Tori Bowie lunged at the line for 10.83 to edge Fraser-Pryce by 0.03 seconds. 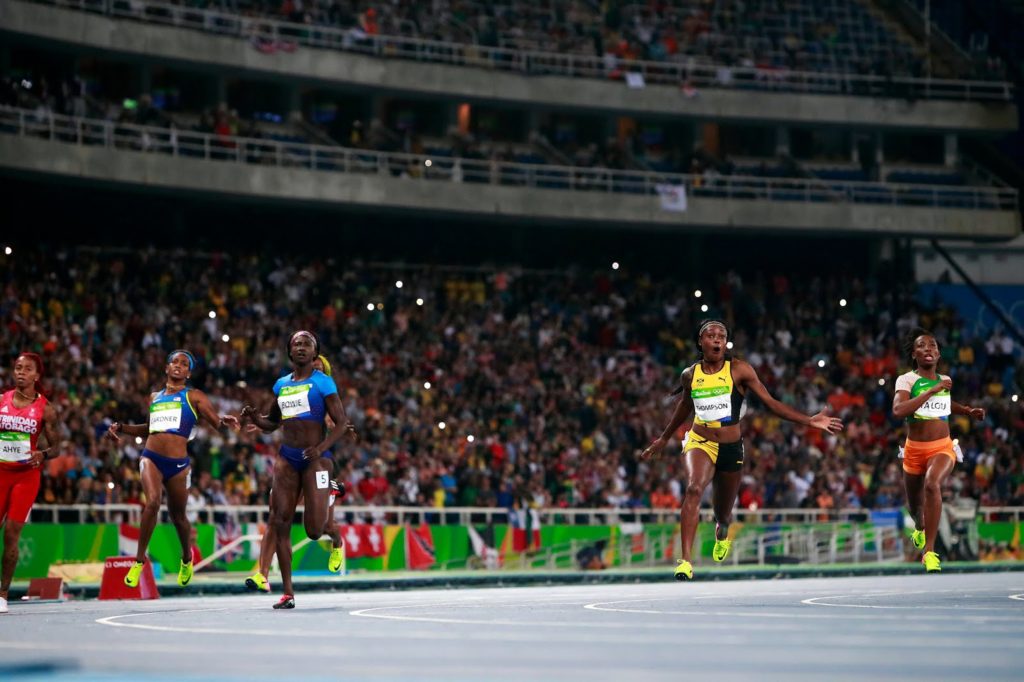 European champion Dafne Schippers had a bad start and finished fifth with 10.90.

Fraser-Pryce was seeking to become the first woman in track to win three Olympic gold medals in a row. 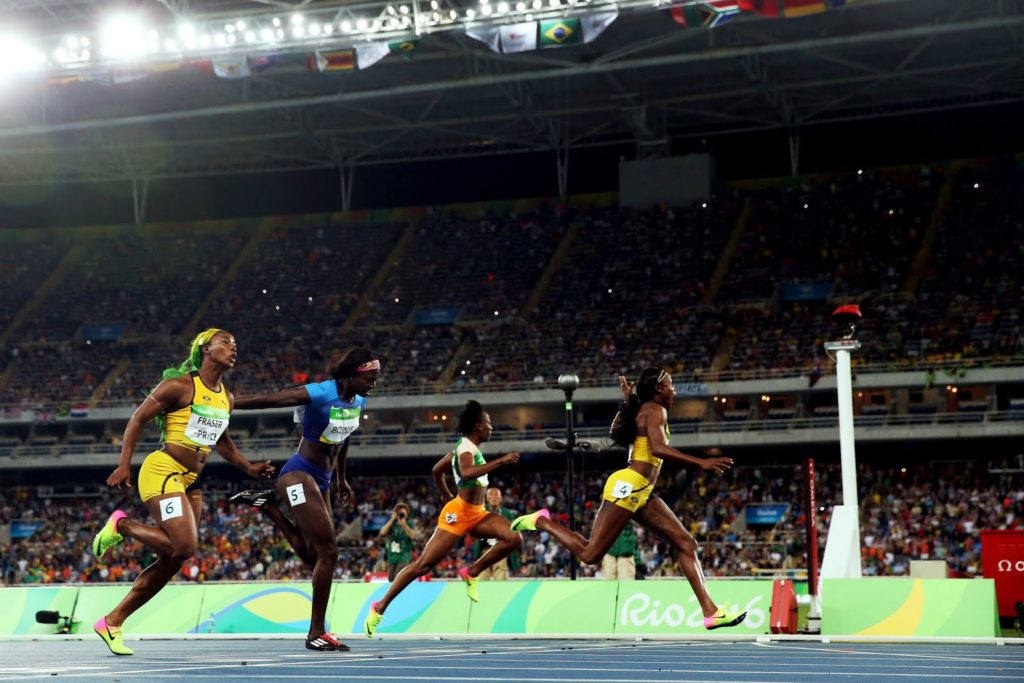