The Nigerian Music Producer had finally spoken on his Marital Troubles with the young American Singer Jhene Aiko who had officially filed for a Divorce in court last week.

The Two had been married for just 11 month and Aiko is rumored to be dating U.S Rapper Big Sean who used to be the Bf of Ariana Grande Before the two broke Up last year over Justin Beiber on Stage Incidence. 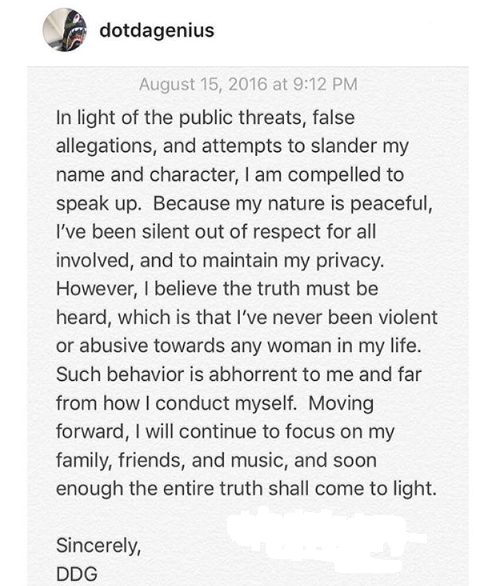 Johnson Olumide - February 18, 2020 0
As officially announced by the Labor Union Last week that there were going on strike this week in regards to the increase in PMS petroleum product due to the removal of subsidy from...

Johnson Olumide - June 8, 2019 0
Have you ever listened to the sound of litness? The Lit-tape is a Litvalley initiative powered by Litvalley Media Group. Elite selection of music for...

BREAKING: Man City defender Aymeric Laporte out for a month with Hamstring Injury

Adedokun Moses - February 28, 2020 0
Manchester City have been dealt with a big blow as defender Aymeric Laporte has been sidelined for a month with an hamstring injury. Laporte who...

Adedokun Moses - January 11, 2020 0
Nigeria comedian and actor, AY has taken to his Instagram Page to celebrate the new milestone he has achieved on the social media platform...

Johnson Olumide - September 11, 2018 0
Can you date a person with a best friend of the opposite sex??‍♀?‍♀,Find out people’s answers on Chika’s Corner☺☺; the latest video on my...